The defense of downtown Stalingrad rested mainly with two lightly-armed regiments of thes 10th NKVD Divisions. The Germans had broken through and seized several key buildings near the riverbank. From the upper floors of the Brewery, the State Bank, and the Specialists’ Houses the Germans were trying to unnerve the Soviets by firing and shouting threats such as “Russe! Russen will drown in the Wolga!” Col. Petrakov, commander of one of the regiments, knew it was critical that he keep the Germans from capturing the ferry landings before the impending arrival of the 13th Guards Division. As dusk approached, Petrakov and his sixty-odd men grimly prepared to meet the final German thrust. With their backs to the river, there would be no retreat.
Attacker: German (Infanterie Regiment 194, Infanterie Division 71)
Defender: Russian (270th Regiment, 10th NKVD Division / 1st Battalion, 42nd Guards Regiment, 13th Guards Rifle Division) 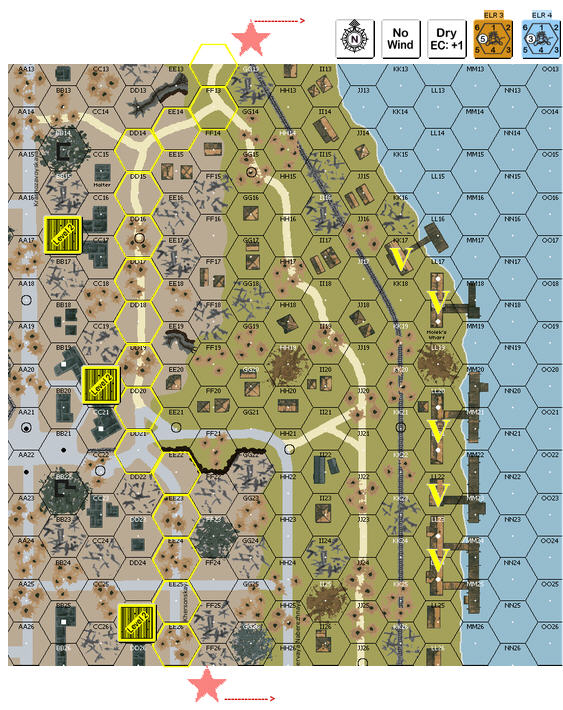 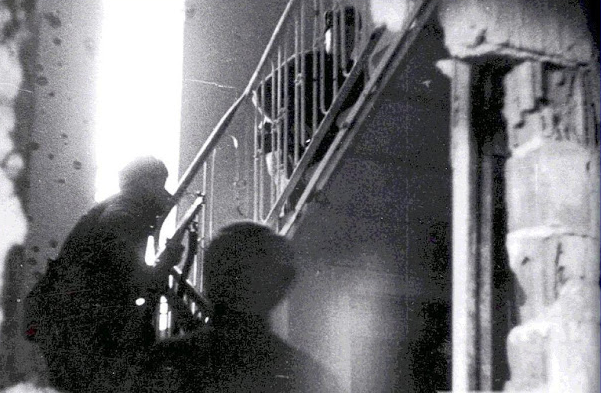