The 2nd Fallschirmjäger Regiment landed relatively intact and reformed its elite companies for the assault on Rethymnon and its nearby airfield and hills. But the paratroopers soon ran into tough resistance from the Australian and Greek infantry of the 19th Brigade. With the German regiment's command group captured soon after landing, the paras had to use their initiative to capture the objectives. Unlike many other parts of the island, the drop near Rethymnon proved largely favourable for the Germans. A strong attack by the 3rd Battalion dislodged the Australians from a hill overlooking the airfield, and the paratroopers could not be thrown off despite counter-attacks. To the west, a force of police and citizens stopped the Germans from capturing Rethymnon, the paratroopers instead content to set up a blocking position to deny the Australian and Greek forces reinforcements. Neither side had much idea what was happening on the rest of the island.
Attacker: German (I and III Batalions, Fallschirmjäger Regiment 2, Gruppe Mitte)
Defender: Australian / Greek / Cretan (Australian 2/1st and 2/11th Battalions, 19th Brigade CREFORCE/Greek 4th Regiment, 19th Brigade/Citizens and Cretan Police) 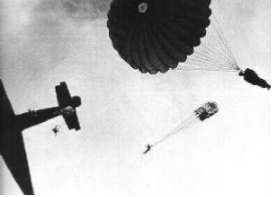