Not all the troopers of the 82nd Airborne Division entered France on D-Day via airdrop; some landed at Utah Beach with the 4th Infantry Division. Lt. Col. Edson raff, commander of a combined-arms unit whose mission it was to relieve the 82nd at Ste. Mere-Eglise, set off with his armor support filled with trepidation, for he had heard nothing from the division since its drop several hours earlier. As he passed Les Forges, Raff spotted a promontory known as Hill 20. A scout car and tank dispatched to investigate the hill came under fire from the hill. This troubled Raff. He knew that his division needed his relief force, but also that Hill 20 was the scheduled landing zone for the next wave of gliders due to arrive in just 5 hours. Convinced by the earlier recon that he needed to launch a full-scale attack, he sent tanks, with the glider med aboard as riders, up the left side of the road in an attempt to turn the flank of the defenders.
Attacker: American (325th Glider Infantry Regiment / 746th Tank Battalion / 4th Cavalry Reconnaissance Squadron)
Defender: German (Georgian Bataillon 795) 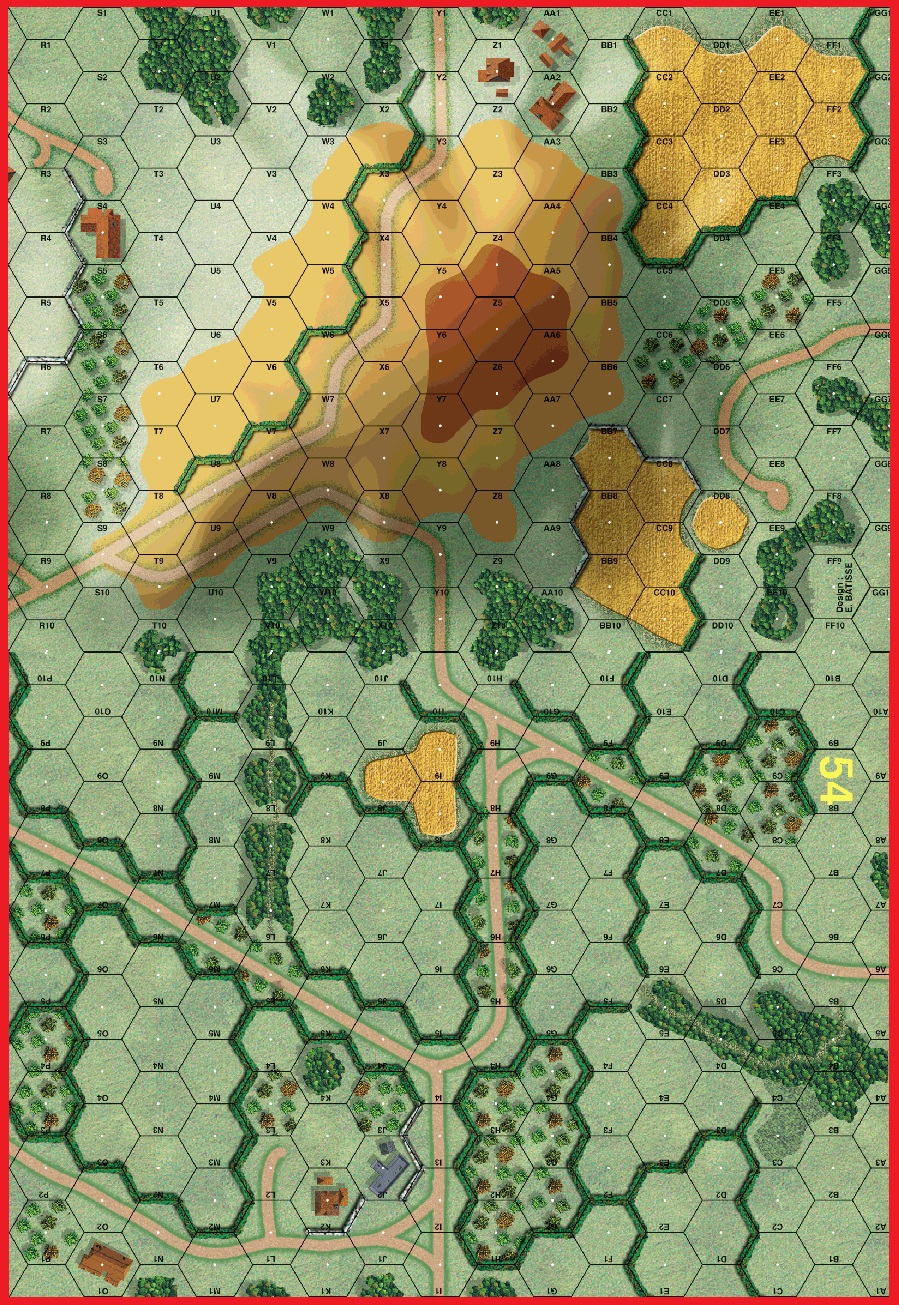 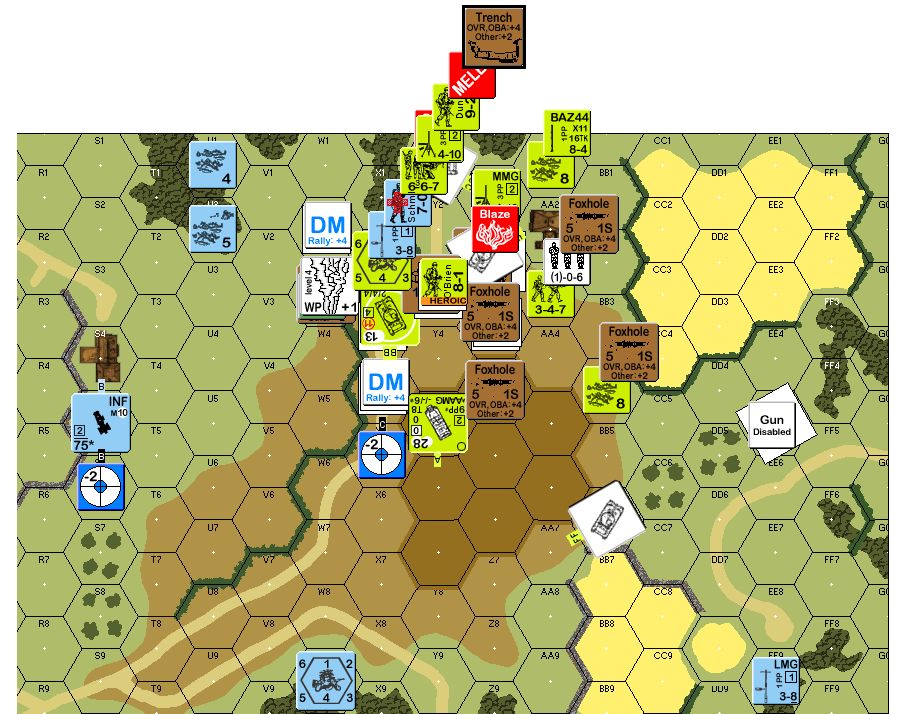