By the third day of Barbarossa, Reinhardt’s XLI Corps had pushed the Russian 125th Rifle Division back 50 miles. In broken, wooded terrain near the village of Raiseinai, the Germans were hit by a Russian armored counterattack. They quickly discovered that Russian weapons, though crudely made by western standards, were sturdy and deadly. As reports came in of the successful counterattack, Reinhardt ordered 1st Panzer Division to strike the Soviet flank. Unlike the French and Poles, the Russians did not surrender. . .they fought bitterly.
Attacker: German (6th and 7th Companies, 1st Panzer Division)
Defender: Russian (Remnants of the 125th Rifle Division and Major-General Kukin's 3rd Mechanized Corps) 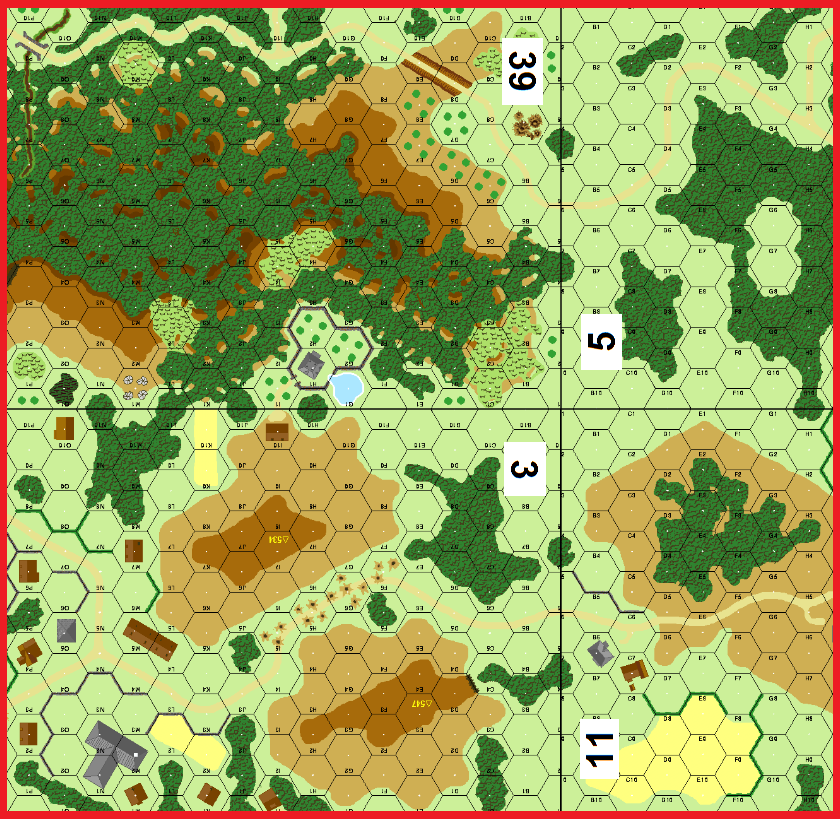 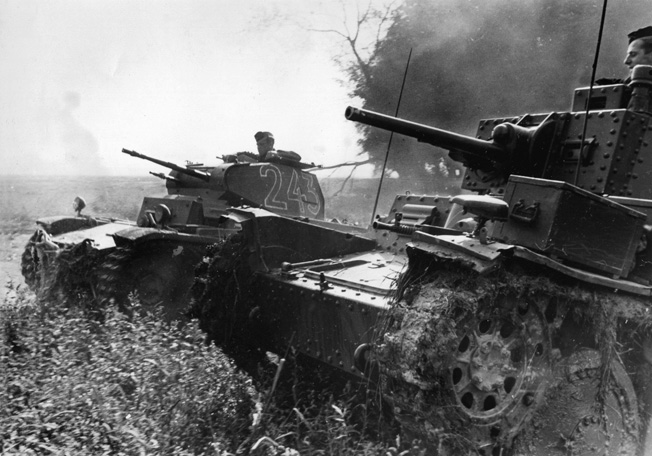 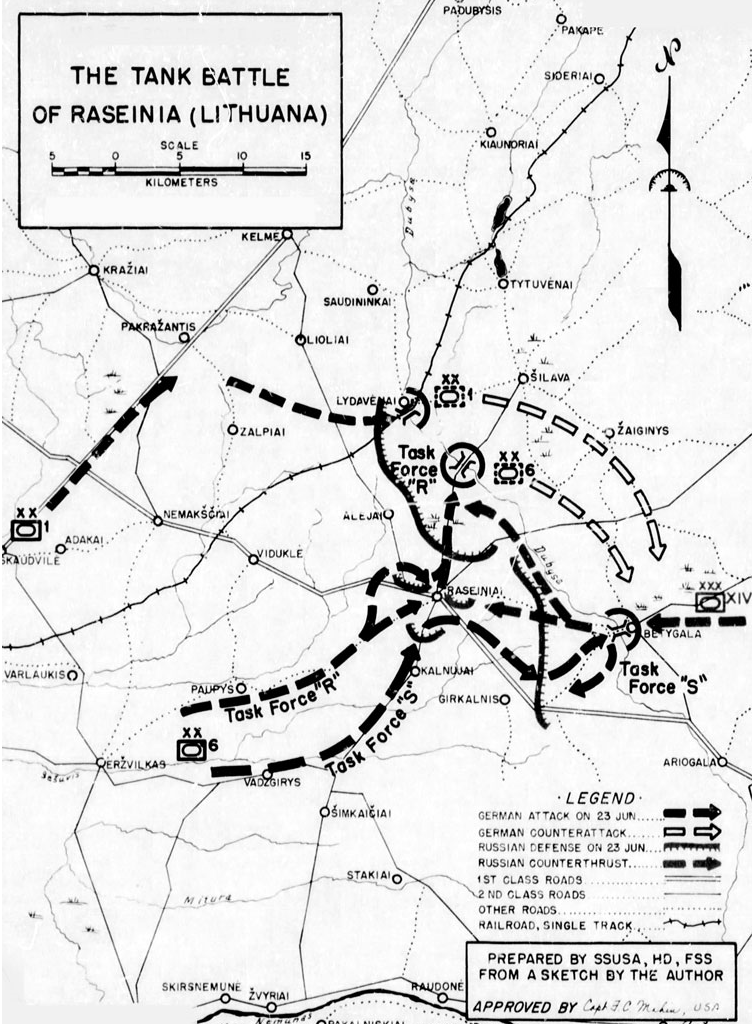