Vigorous Finnish resistance continued following the fall of Viipuri. Resistance by soldiers of the Finnish 4th Army Corps caused heavy enemy casualties, despite a grudging retreat towards Ihantala. Although intense fighting continued, by the beginning of July the Soviet advance had been stopped in the Ihantala area. The Soviets decided to try once more by attacking along the flanks. The 5th Army Corps reinforced with the German 122nd Infantry Division, stopped the enemy attempts to cross Viipuri Bay on the west shore. At Vuosalmi, the 2nd Division, now in the 3rd Army Corps, supported by Lagus and his tanks – the Finnish Panzer Division --- sought to eliminate the Russian bridgehead.
Attacker: Russian (382nd Rifle Division and 27th Separate Tank Regiment)
Defender: Finnish (2nd Division, 3rd Army Corps and Finnish Panzer Division) 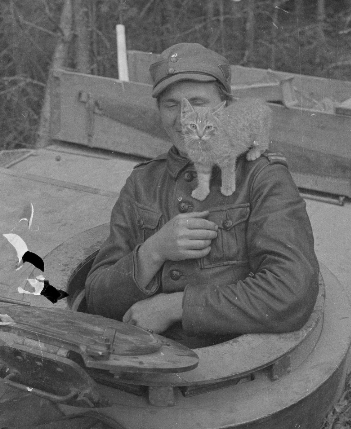 Finnish StuG crew member with "Mirre", cat mascot, who was always with them, even during a battle. The photo was at the Northern side of the Vuosalmi 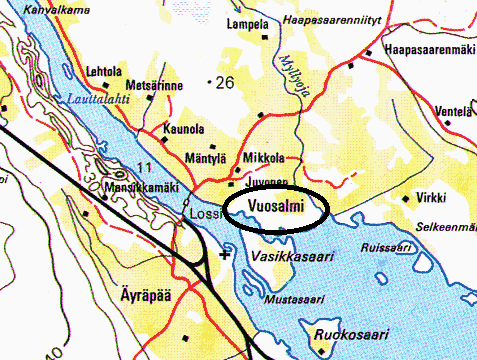