The Wehrmacht had advanced to within one hundred meters of the Volga, squeezing the Russians onto the river’s bank. One of the most dominant terrain features was a large grassy hill known as Mamayev Kurgan, 335 feet high, which commanded a fine view of the city center. The Germans had captured all but a small part of this hill by the 15th. At dawn on the 16th, after ferrying across the Volga as the Germans reinforced the hill, General Rodimtsev’s 42nd Guards counter-attacked in an effort to take the Mamayev Kurgan back.
Attacker: German (Infanterie-Division 295)
Defender: Russian (10th NKVD Rifle Division, 42nd Guards Rifle Division) 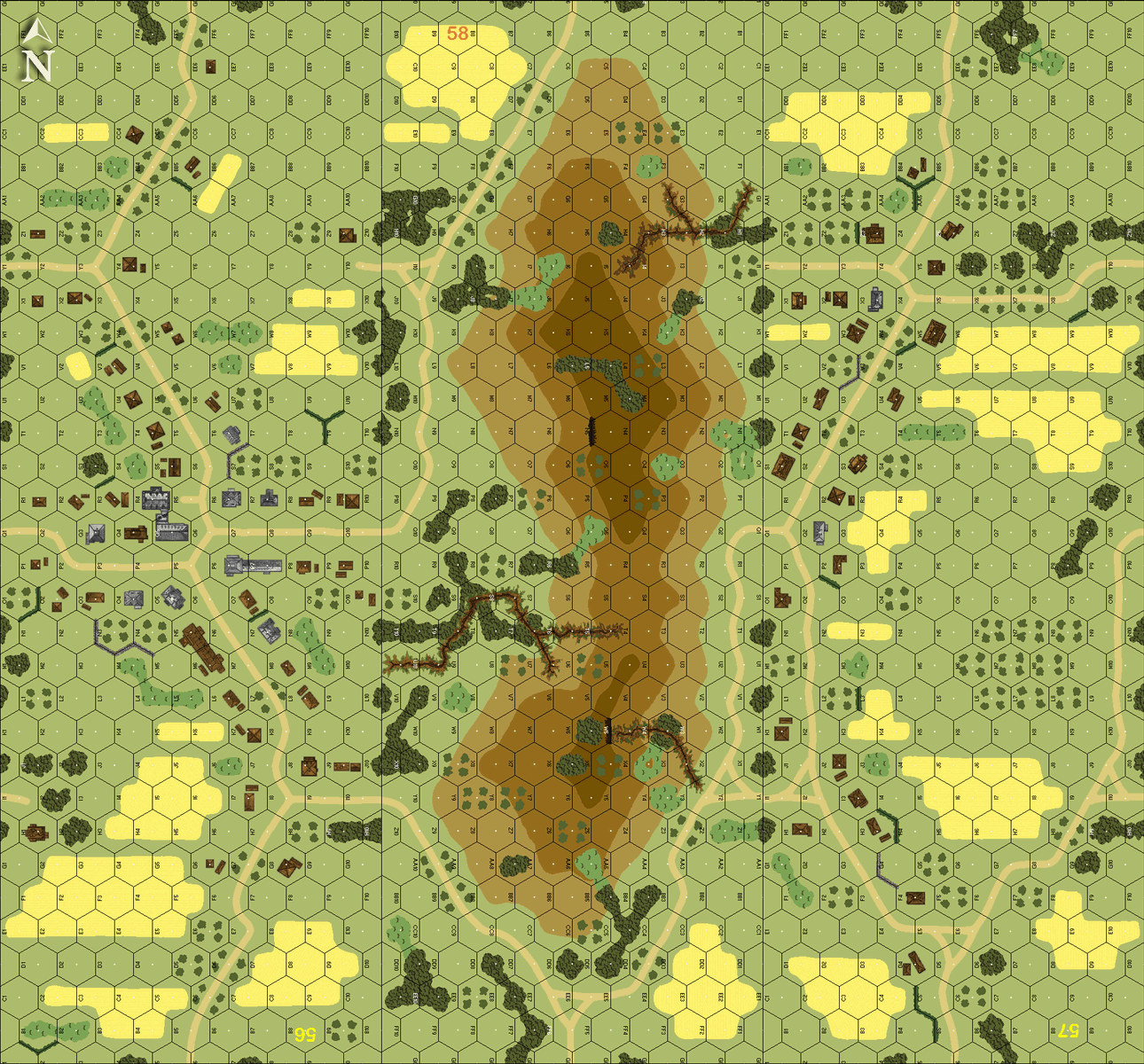 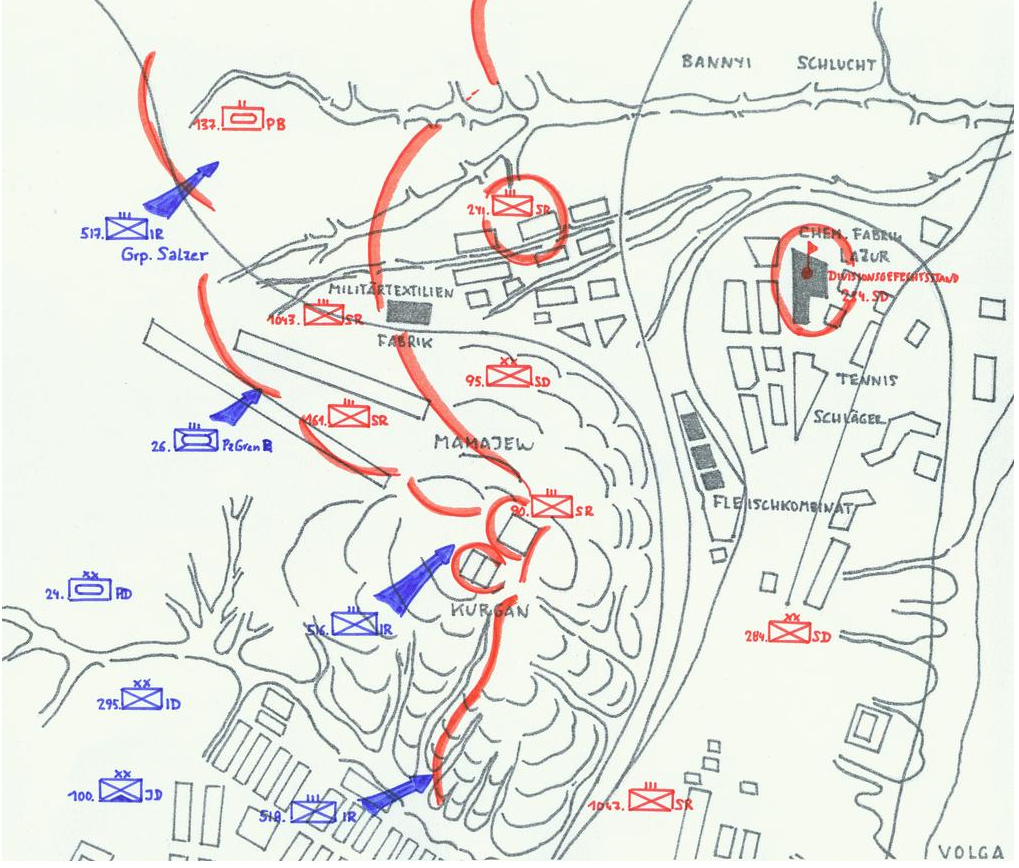