This scenario is based on a little known incident that occurred in July of 1943 at the Auschwitz Death Camp. The Ukrainian Guards within the camp had become concerned after witnessing so much horror, that they themselves may one day become victims. So on the evening of July 3rd, 1943, a group of Ukrainians seized weapons from the camp armory and fled the camp. The German SS guards pursued them to a quarry near Chelm Slaski in Poland. Despite fierce resistance they were ultimately overcome and later executed. Following this mutiny, the Germans removed all Ukrainian SS to other camps and other duties.
Attacker: German (SS) (Auschwitz SS Guards)
Defender: Partisan (Ukrainian Partisans) 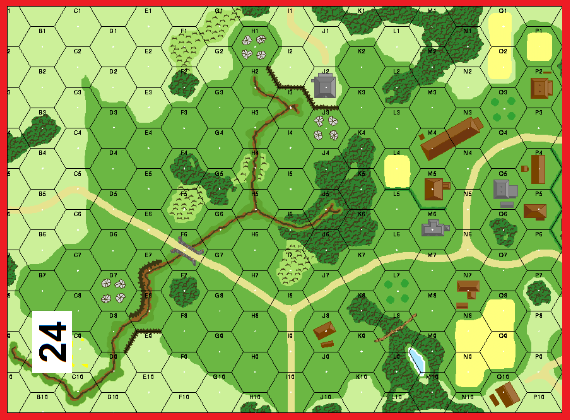 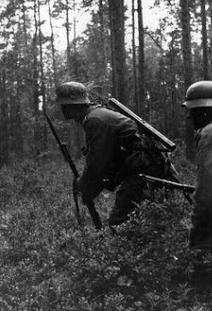