Landing just east of Vierville, the survivors of B Company, 116th Infantry, struggled up the bluffs and moved inland. Sergeant Pearce, a BAR gunner who had seen his company commander lying wounded on the beach, informed Lt. Walter Taylor that the commander was down. Taylor said, "I guess that makes me company commander." This group of twenty-eight was far less than half the company. After counting heads, Taylor and his men moved out and soon arrived at the Ormel Farm, imposing in its rock-walled massiveness, large interior courtyard, and hedgerow-bordered fields. A burst of gunfire stopped them one hundred yards short of the farm. . .
Attacker: German (II/726 Infanterie Regiment and reinforcements from II/352 Infanterie Regiment)
Defender: American (Elements of B Company, 1st Battalion, 116th Infantry Regiment and A Company, 5th Ranger Battalion) 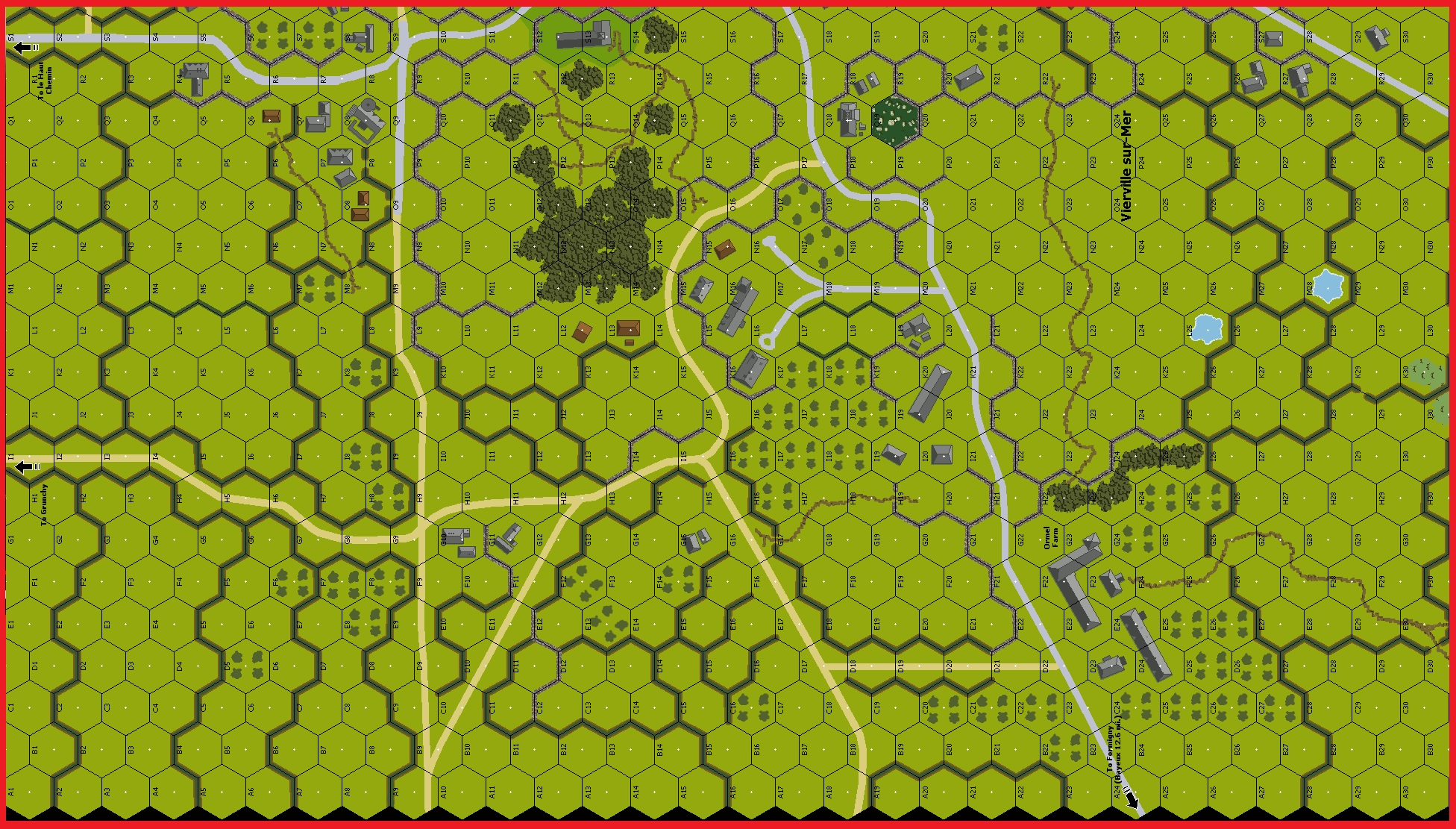