Any unit landing directly in front of a German strongpoint was likely to have a long, hopeless day. Most of Major Bingham's 2nd Battalion, 116th Infantry, had the misfortune of touching down near the mouth of the D-3 Les Moulins draw. In the first hour of the invasion, the intricate defensive works in this area, including Wn 66, had allowed the Germans to pound the invaders in very light losses to themselves. Most interesting in this area was a three-story house just behind the shingle with mansard roof and tower. Although naval and tank fire heavily damaged the structure, the defenders were still in action, especially the special fortified machine-gun nest .
Attacker: American (Company F, 116th RCT and Engineer units))
Defender: German (5/II/916 Infanterie Regt.) 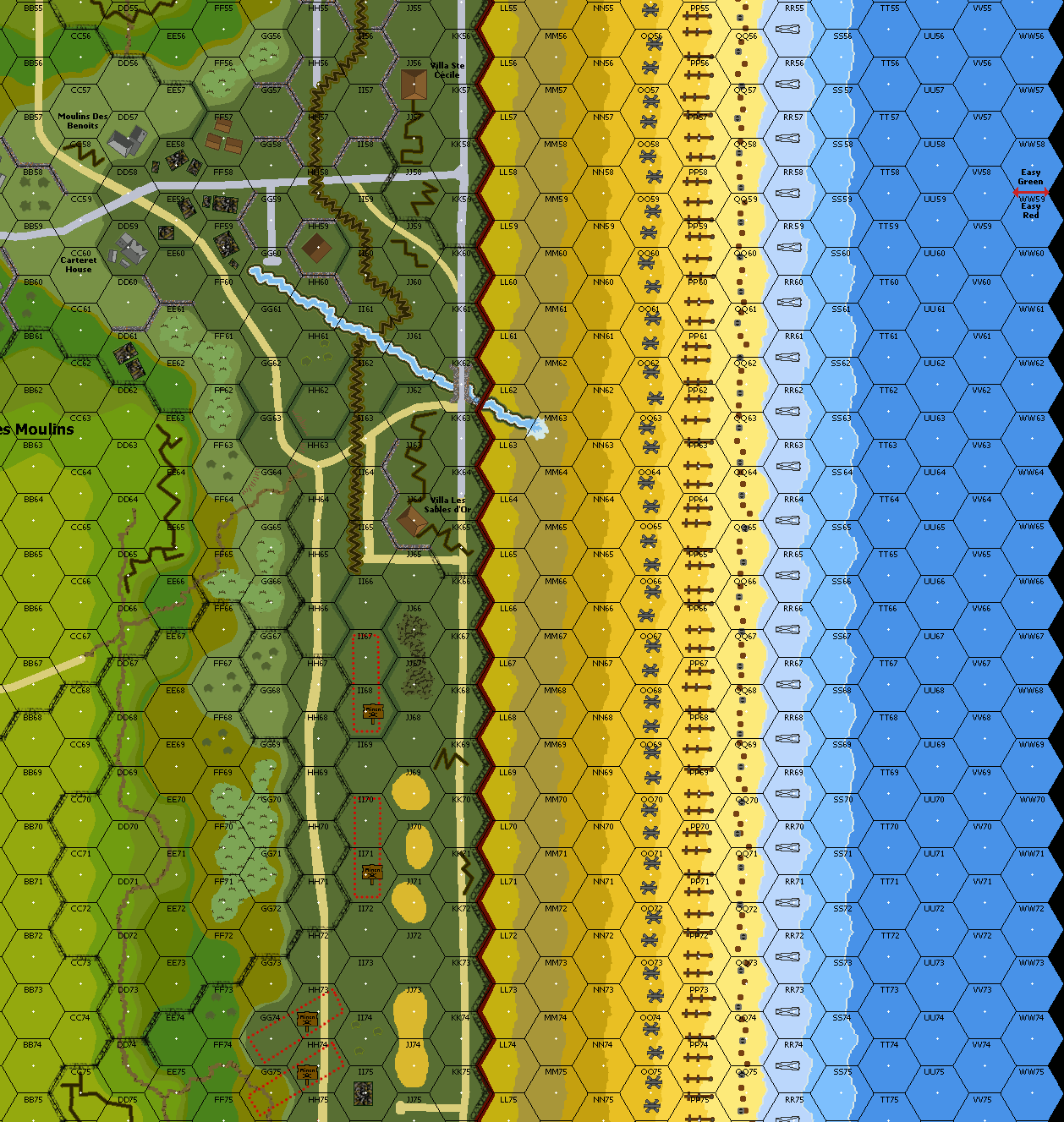 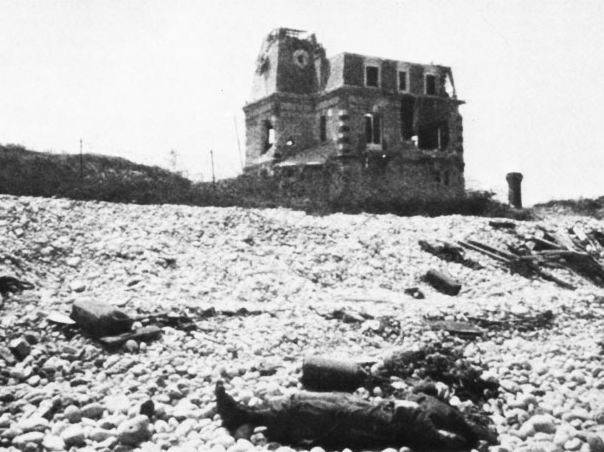