Previously released as "The Broken Blade" CH86 . . .In the Run for Tunis, Blade Force was to strike across country on minor roads, in the gap between the two infantry brigades, towards Sidi Nsir and make flanking attacks on Terbourba and Djedeida. The northern attack was cancelled because of torrential rain and in the south, the 11th Infantry Brigade was stopped by the defenders of Medjez. Blade Force passed through Sidi Nsir, to reach the Chouigui Pass north of Terbourba, then Company C, 1st Battalion, 1st Armored Regiment, U.S. 1st Armored Division (Major Rudolph Barlow) with 17 M3 Stuart light tanks, supported by armoured cars of the Derbyshire Yeomanry, infiltrated behind Axis lines to an airbase at Djedeida in the afternoon. The Allied tanks destroyed more than twenty Axis aeroplanes, shot up buildings, supply dumps and caused several casualties; lacking infantry support, the raiders withdrew to Chouigui. Blade Force was un-prepared as the next German attack came in. Kampfgruppe Lueder approached from the northeast with a company of panzers as Kampfgruppe Hubel attacked from the northwest with motorcycle infantry and two companies of armor. In the resulting combat, Blade Force was heavily engaged and destroyed piecemeal.
Attacker: German (Elements of Kampfgruppes Lueder and Hubel)
Defender: American/British (Elements of Blade Force and B Squadron, Derbyshire Yeomanry) 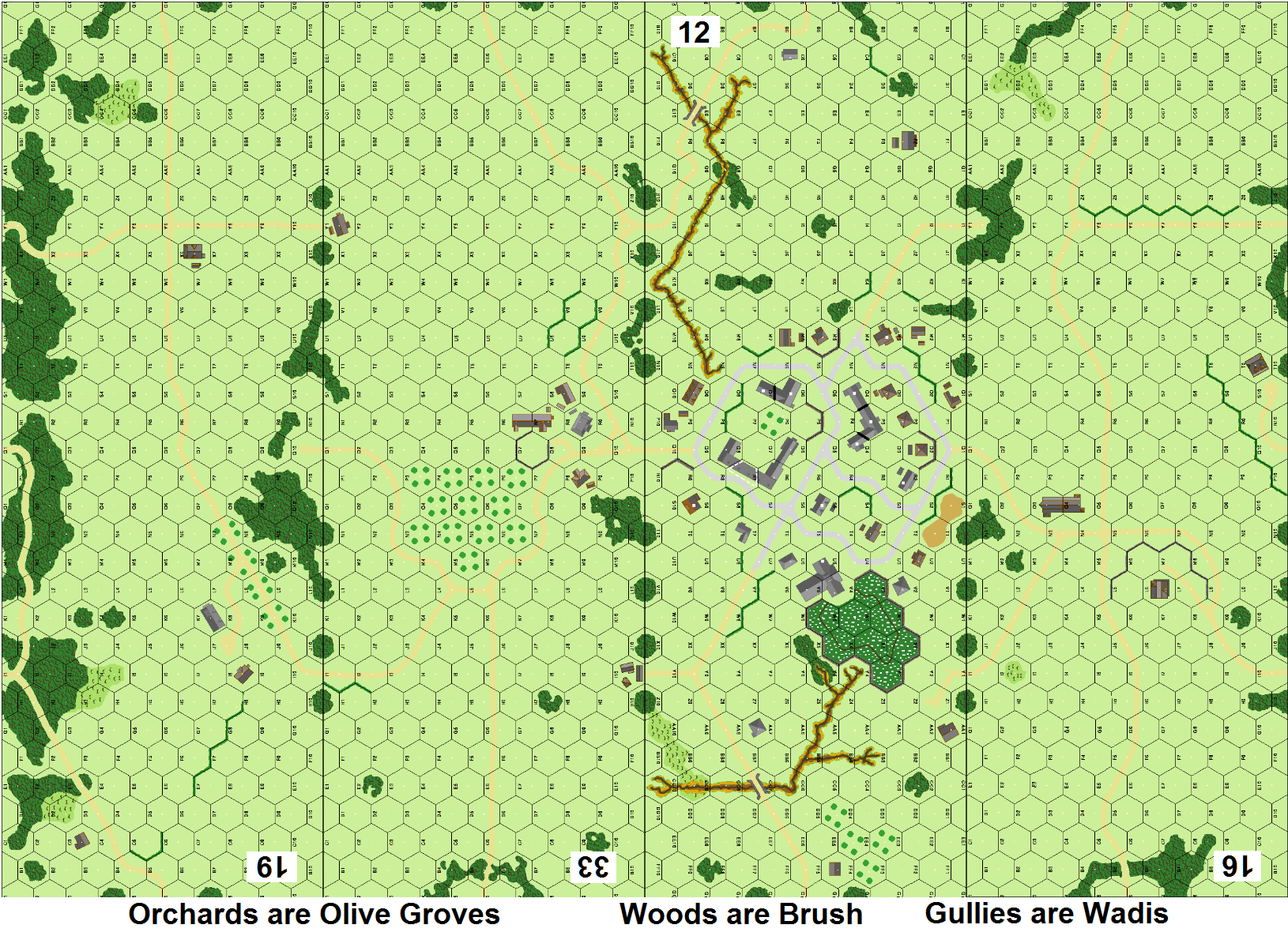 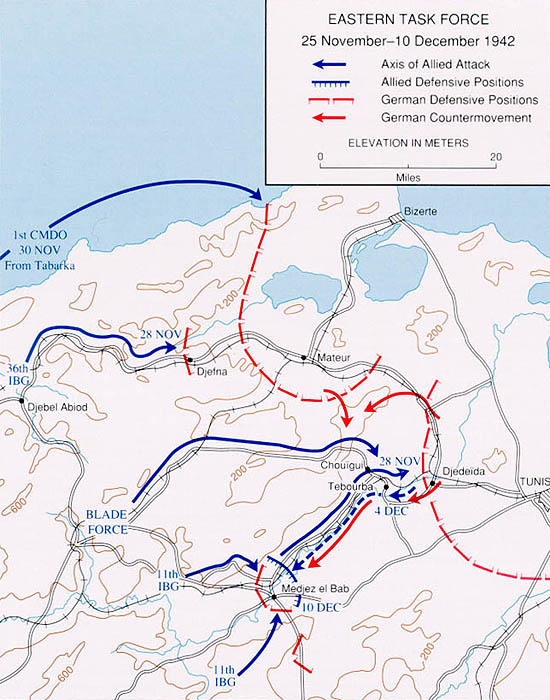