In Normandy on 6 June 1944, Company Sergeant-Major Hollis went with his company commander to investigate two German pill-boxes which had been by-passed as the company moved inland from the beaches. "Hollis instantly rushed straight at the pillbox, firing his Sten gun into the first pill-box, He jumped on top of the pillbox, re-charged his magazine, threw a grenade in through the door and fired his Sten gun into it, killing two Germans and taking the remainder prisoners. Later the same day... C.S.M. Hollis pushed right forward to engage the [field] gun with a PIAT [anti-tank weapon] from a house at 50 yards range... He later found that two of his men had stayed behind in the house...In full view of, the enemy who were continually firing at him, he went forward alone...distract their attention from the other men. Under cover of his diversion, the two men were able to get back.
Attacker: British (D Company | 6th Battalion of the Green Howards | 50th Infantry Division)
Defender: German (736th Infantry Regiment | 756th Infantry Division) 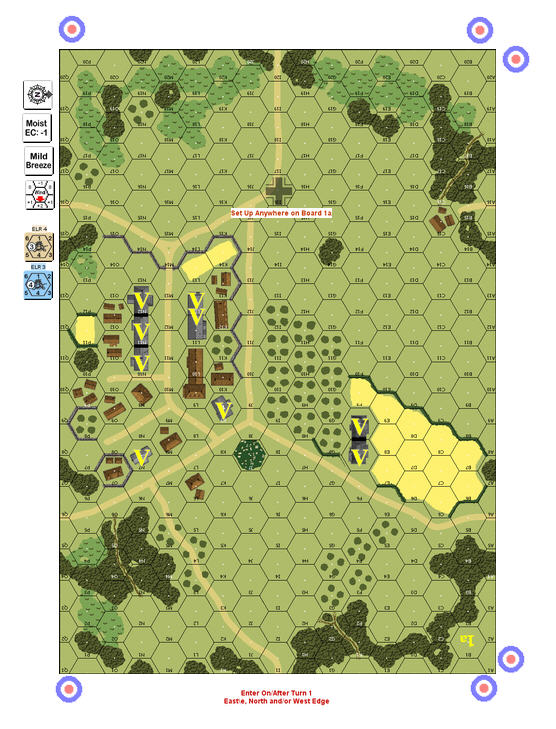 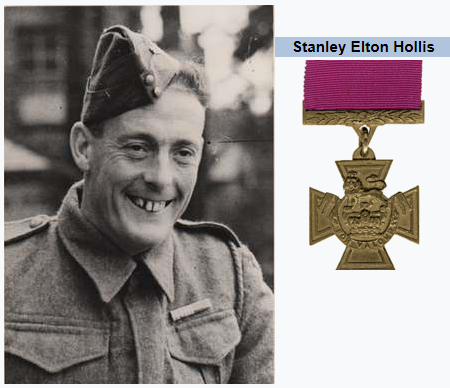