Friday night, Lt. Smaczny’s 8th Company became the first Polish unit to cross the Rhine into the Oosterbeek perimeter. The crossing began at 2300 hours, but even with only 200 meters of river to cross, the rafts were difficult to handle in the swift-flowing current. German flares popped after the first wave, and in their light the bright yellow rafts were like white pastries on the water. Glider pilot guides ecstatically greeted the Poles on the far side, but so did German mortar and machine gun fire, chasing them across the polder into the perimeter. The 3rd Battalion abandoned the attempt to cross by 0300, with only one raft still intact. By dawn, the total size of 8th Company was Smaczny and 36 of his men. The Poles dug in around the Transvalia – a large manor near the Benedendorpsweg. They were now the anchor of the perimeter’s southwest corner, the only fresh men on the north bank. Nebelwerfer shells thundered into the British perimeter. Surrounded by turned soil covered with shrapnel and fallen trees, the Poles peered into woods. Just to the north were the men of the Border Regiment, but it was impossible to maintain contact with them across the expanse of woods. After first light, Snaczny launched a counterattack to take out a machine gun post the Germans had inserted in the gap (1 of 3 VC choices). The Smaczny organized an expedition to recover some supply containers that had landed in the woods (1 of 3 VC choices).
Attacker: British / Polish (8th Parachute Company, 3rd Parachute Battalion, 1st Polish Indepedent Parachute Brigade and elements of Breesforce and also 17 Platoon, South Staffs)
Defender: German (Hermann Goering NCO School) 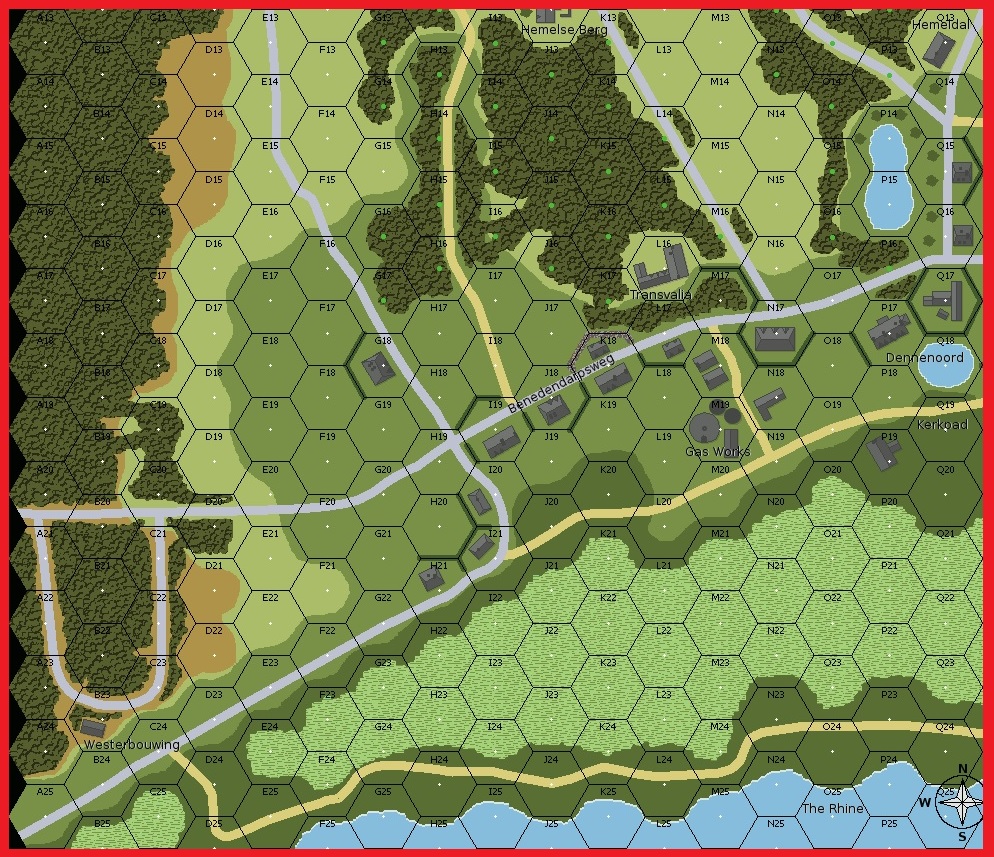 Grabbing 2 of 4 is one VC option