The 43rd Motorcycle Infantry Battalion was racing through the Ukraine on a country road. They were trying to catch up to the armored cars that were entering a small town to the front. Suddenly the armored cars were racing back down the road through them. Russians had been spotted and they had tank support. It was decided that the motorcycle infantry would dismount and advance into the town with anti-tank support showing up when it was ready. The anti-tank guns were being towed by Kubelwagens and would need time to catch up. The motorcycle infantry and part of the armored cars advanced forward with caution to the edge of town. Once there, the infantry dismounted and caught the Russian infantry by surprise.
Attacker: German (43rd Mototcycle Infantry Bttalion, Panzergruppe Kleist | 13th Panzer Division)
Defender: Russian (9th Mechanized Corps) 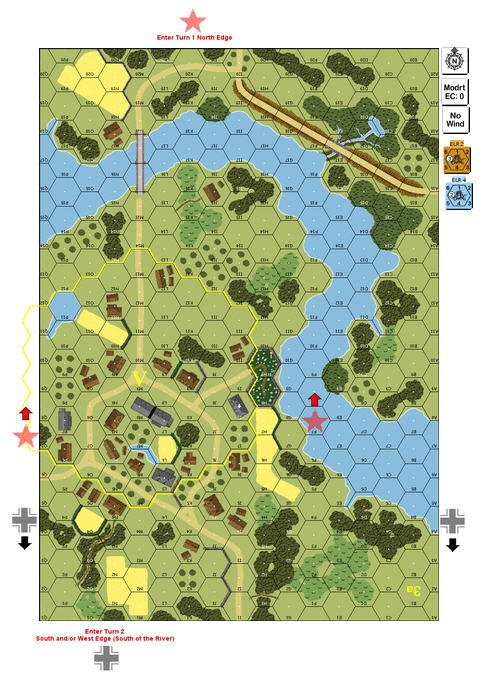 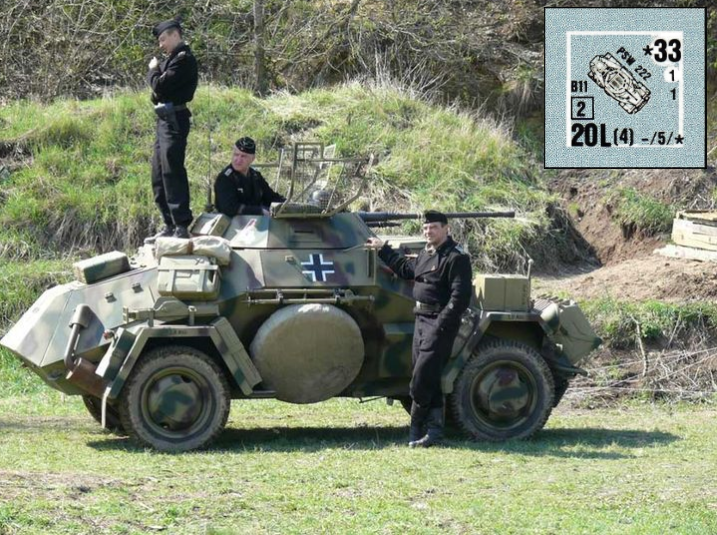