Previously release as "Ambush at Cauquigny" . . . Captain Ben Schwarzwalder was elated to find Cauquigny already in friendly hands. Now there was no need to fight for possession of the Cauquigny bridgehead, which seemed firmly held, he felt he had completed the task given to him by Colonel Lindquist. He prepared to move on. Mere minuted later, the German armored column was heard approaching. While the Germans moved into Cauquigny, Schwarzwalder and his followers threw in their lot with Timmes in the orchards around Les Heutes.
Attacker: American (Elements of 508th PIR and Glider pilots & AT gunners)
Defender: German (Elements of 1057th Grenadier Regt and Ausbildungs Abteilung 100) 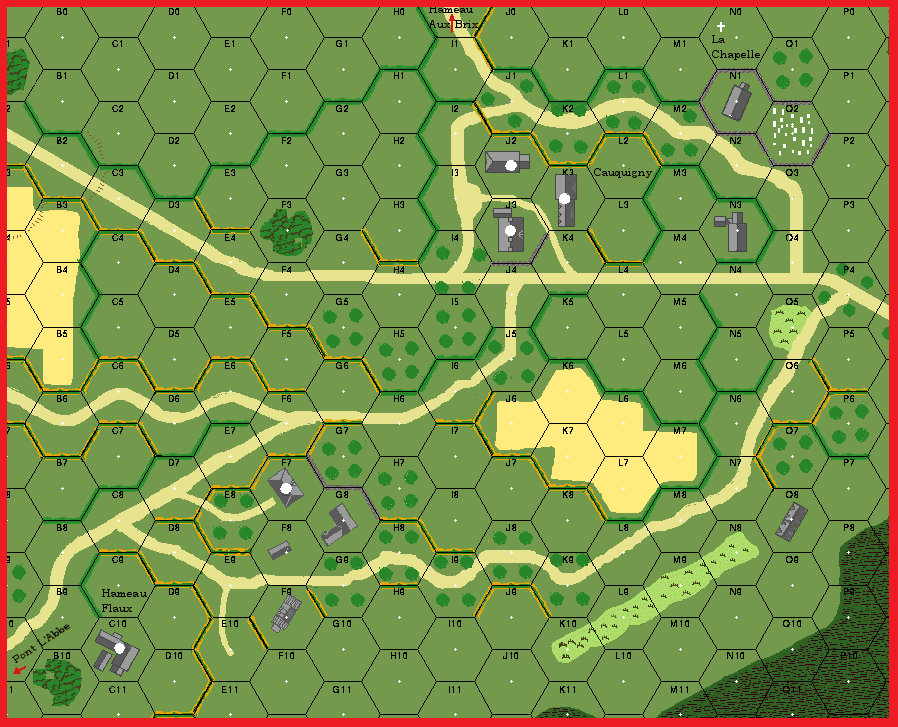