The German 5th Parachute Division drew the undesirable task of blocking the American 4th Armored Division’s drive north to relieve Bastogne. The first obstacle offered was the town of Martelange, its bridges crossing the Sure River blown, and the access to its crossing points somewhat shielded by the terrain. A company of the 15th Regiment, supported by several self-propelled guns, defended Martelange. But Brigadier General Herbert Earnst, commander of Combat Command A, meant to carry out the orders that he had from Patton, and smash on through.
Attacker: American (CCA, 4th Armored Division)
Defender: German (Fallschirmjäger Regiment 15, and Fallschirmjäger Sturmeschütz Brigade 11) 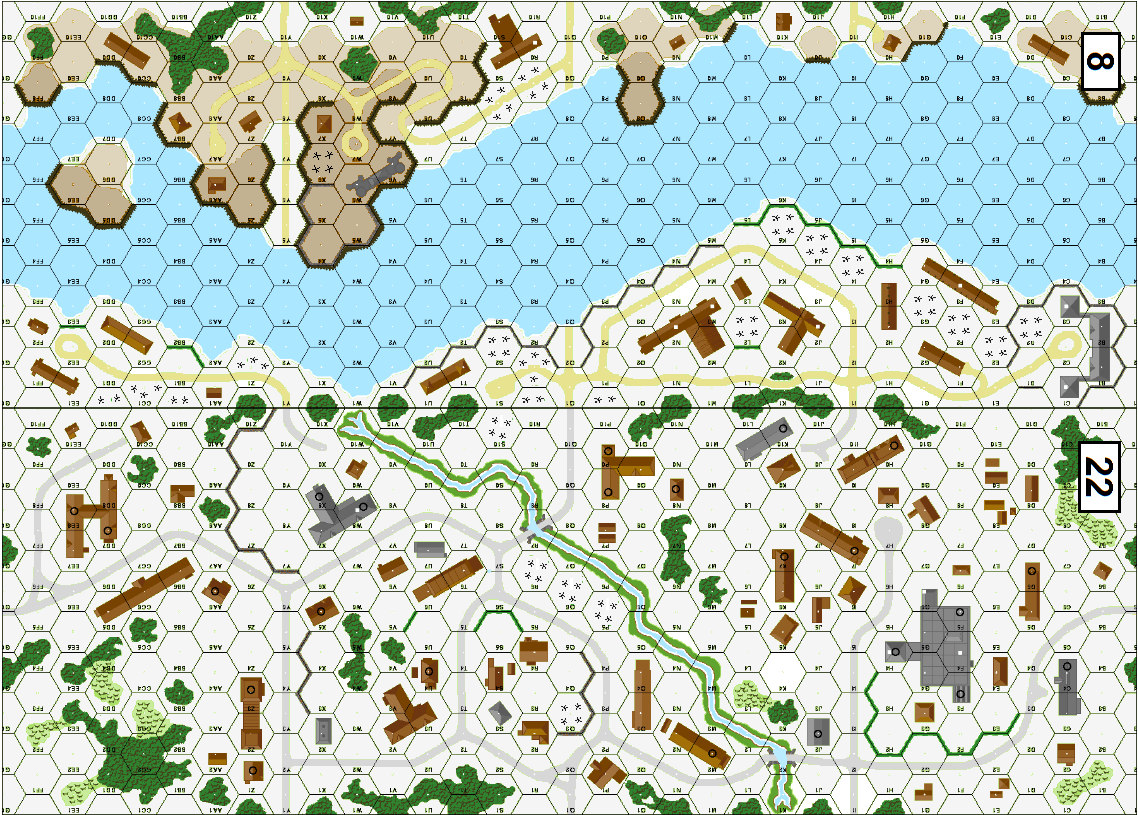