During the morning, Kampfgruppe von Maltzahn had captured Erp, after which it continued its advance, and soon established itself on two miles of Hell’s Highway, immediately northeast of Veghel. Confusion reigned in Veghel as the streets were choked with cumbersome and heavily laden vehicles; many of with convoy commanders killed or stranded the other side of the Germans. With no troops for piqueting the route or to act as escorts, many vehicles were left to fend for themselves. Just north of Veghel, an anti-aircraft unit of the Guards Division had pulled over and brewed up some tea, waiting for the road to reopen. At 11:00 hours, Major von Maltzahn launched the final phase of the attack by advancing toward Veghel and its bridges. A detachment of Panthers, supported by halftrack-laden grenadiers, rumbled into the village, to the astonishment of the British gunners, who dropping their cups of tea, scrambled to unhook their guns and get them into action. The Americans, who had earlier passed by the British, heard the gunfire and hurried back. The lightly armed paratroopers were on their own to face the Germans and hastily set up a defensive line at the southern end of the village and waited for the approaching Germans.
Attacker: German (Elements of 107.Panzerbrigade)
Defender: American/British (Elements of British 123rd AAA Regiment and US 2nd Battalion 506th PIR) 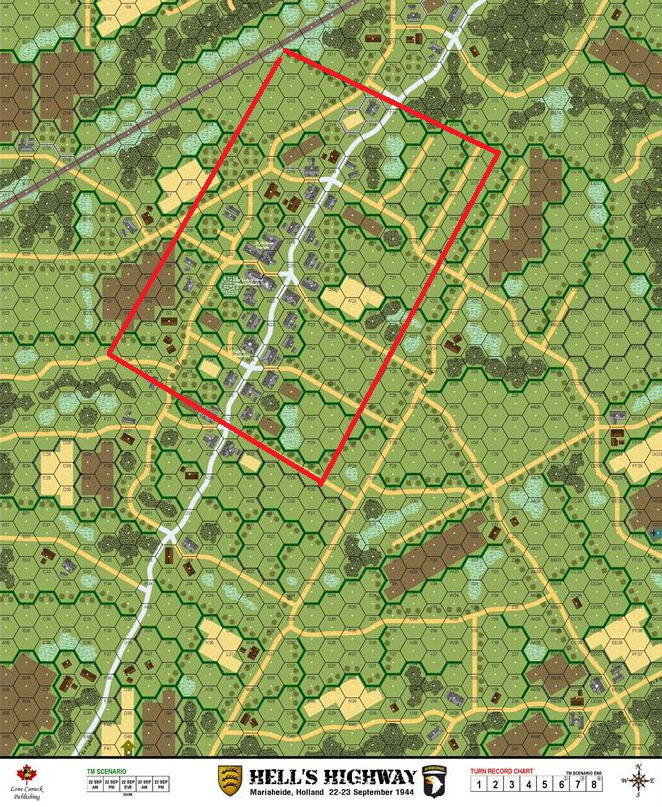 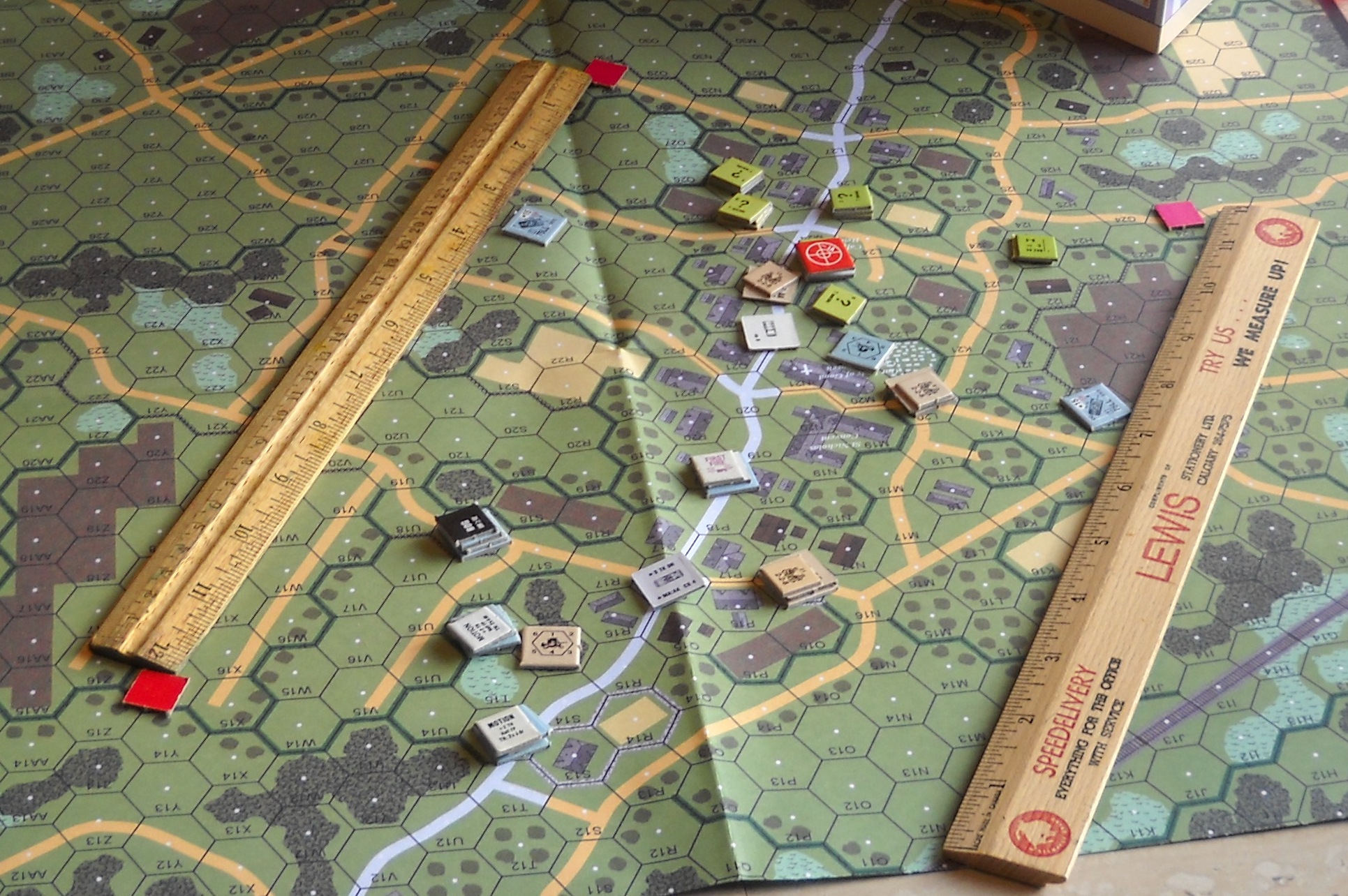 Playing area marked out with rulers.