"Everything is Lost" - As the frontage of the various Russian corps's shortened because they were getting nearer to the center of Berlin, field artillery was incorporated into direct assault formations. The typical tactic (after a few days of figuring things out) was to have 1 platoon of infantry, 1 or 2 Tanks, a flamethrower troop, an AT gun section and 2 to 3 field guns advance down one of the major streets in Berlin. The artillery pieces were used in the direct fire role over open sights and were often used to blow a portion of a building up and thusly creating a smoke (dust) screen for the advancing troops. Certainly the urban terrain, with its damage done by bombing and artillery fire, naturally favored the defense, with the motley Germans fighting tenaciously, making skilful use of buildings and rubble to conduct sniping, counterattacks, and ambushes.
Attacker: Russian (3rd Guards Tank Army)
Defender: German (Volksturm and 20th Panzergrenadier Division) 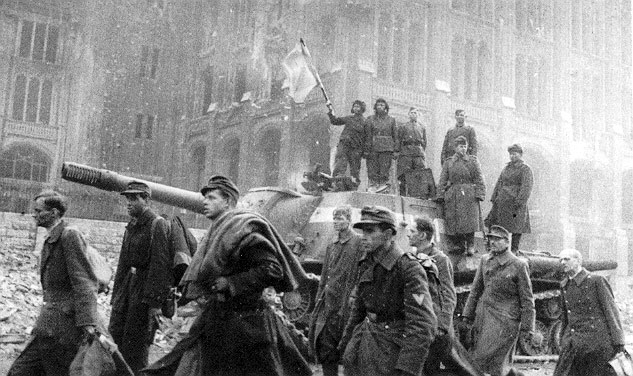