At the height of Operation Nordwind, the fighting in the villages of Hatten and Rittershofen had raged for more than a week. Desperate to increase their toehold in Rittershofen, the Wehrmacht lashed out with several Panzergrenadier attacks, only to be frustrated by stiff American defenses and local counterattacks. Similarly, the Americans were having problems resupplying the units of the 242nd and 314th Infantry Regiments, locked in bitter house-to-house fighting in Hatten. Between the villages lay an expanse of open terrain, now littered with vehicle wrecks and frozen corpses of both armies from previously failed attacks. On January 15, in appalling weather conditions, 21st Panzer Division ordered a tank reconnaissance across the expanse between the towns – an area known to the Americans as the “Pool Table”.
Attacker: American (Elements of the 48th Tank Battalion, 14th Armored Division)
Defender: German (Elements of 22nd Panzer Regiment, 21st Panzer Division) 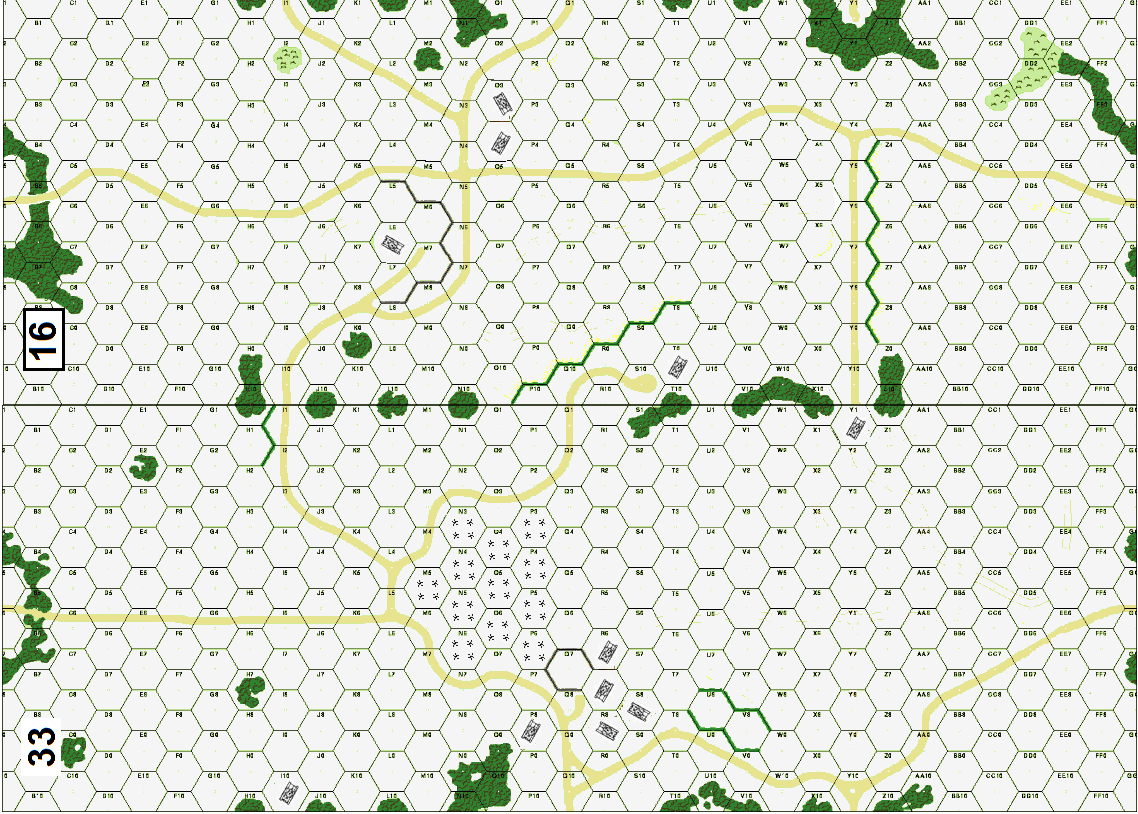 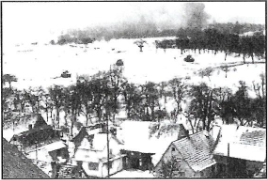 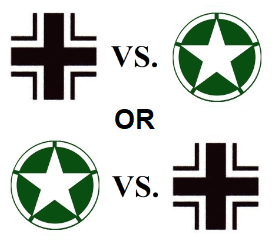