In the early morning hours of Christmas Day 1944, a column of 8 tanks of the 2nd SS Panzer Division passed west through Grandmenil in the direction of Erezee. In a deceptive move, a captured Sherman tank led the German armor towards a U.S. blocking position on the road to Erezee. Elements of the U.S. 298th Infantry Regiment had only arrived in the combat zone the day before and, as part of the green 75th Infantry Division, had only been on the continent since December. Now, on this bitter cold Christmas Day, these inexperienced men were going to try and halt the veterans of the 2nd SS Panzer Division.
Attacker: German (SS) (2nd SS "Das Reich" Panzer Division)
Defender: American (289th Infantry Regiment, 75th Infantry Division) 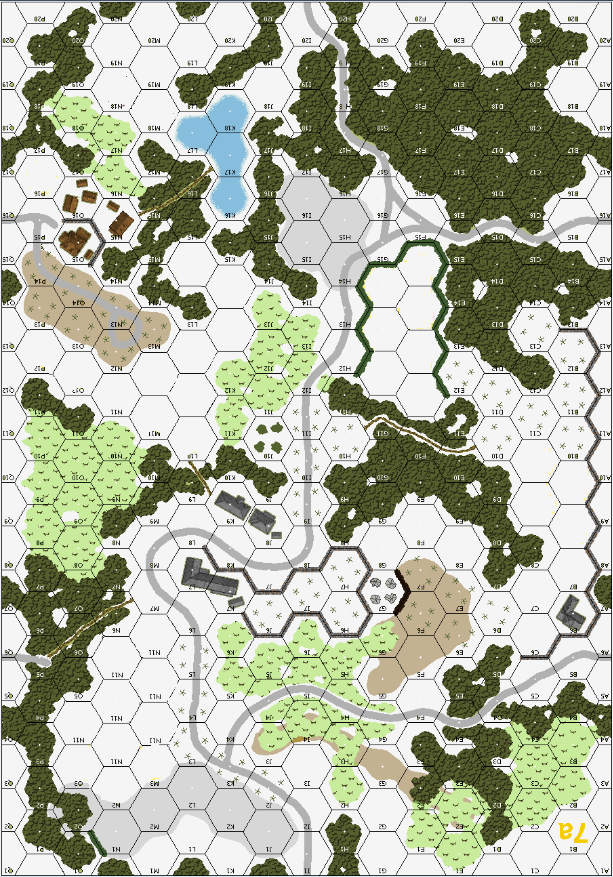 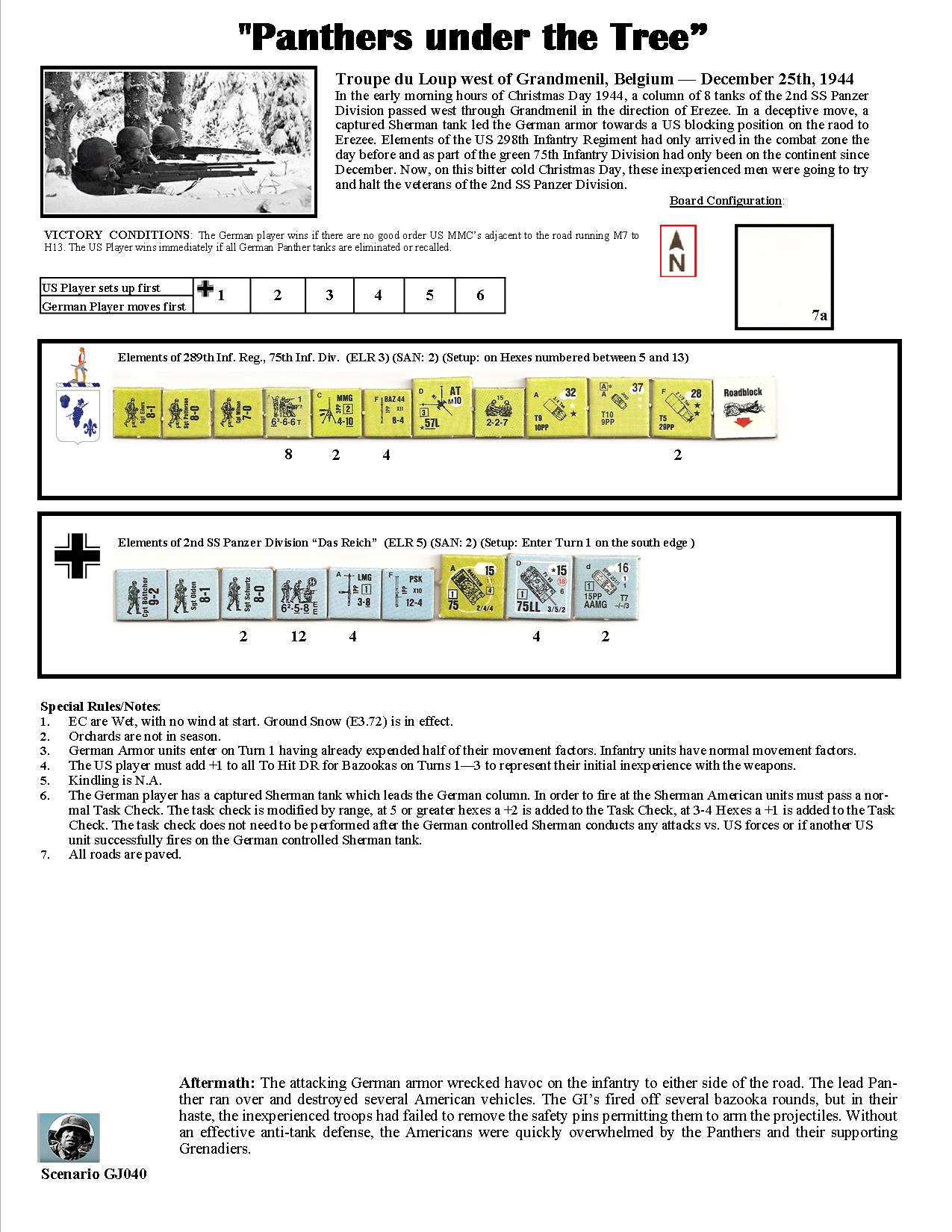 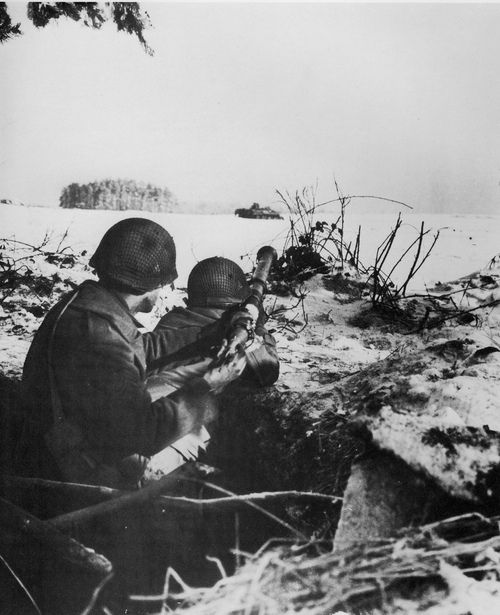