At 11:15 AM on the 20th of December, the commander of the Panzer Lehr Division, Fritz Bayerlein made a push to seize the Belgian town of Marvie, which formed part of the American defensive perimeter around Bastogne. The town was defended by elements of Team O’Hara. E and G Companies of the newly arrived 327th Glider Infantry were dug in around the town. Supporting the infantry were five light Stuart Tanks. Following a brief shelling, the Germans began their assault on Marvie. The outgunned Stuarts radioed for permission to withdraw. Lt. Colonel O’Hara granted this and the Stuarts fell back. Sensing an easy kill, the Germans closed in and began a fierce house to house battle with the American infantry.
Attacker: German (Panzer Lehr)
Defender: American (Team O'Hara & 327th Glider Infantry) 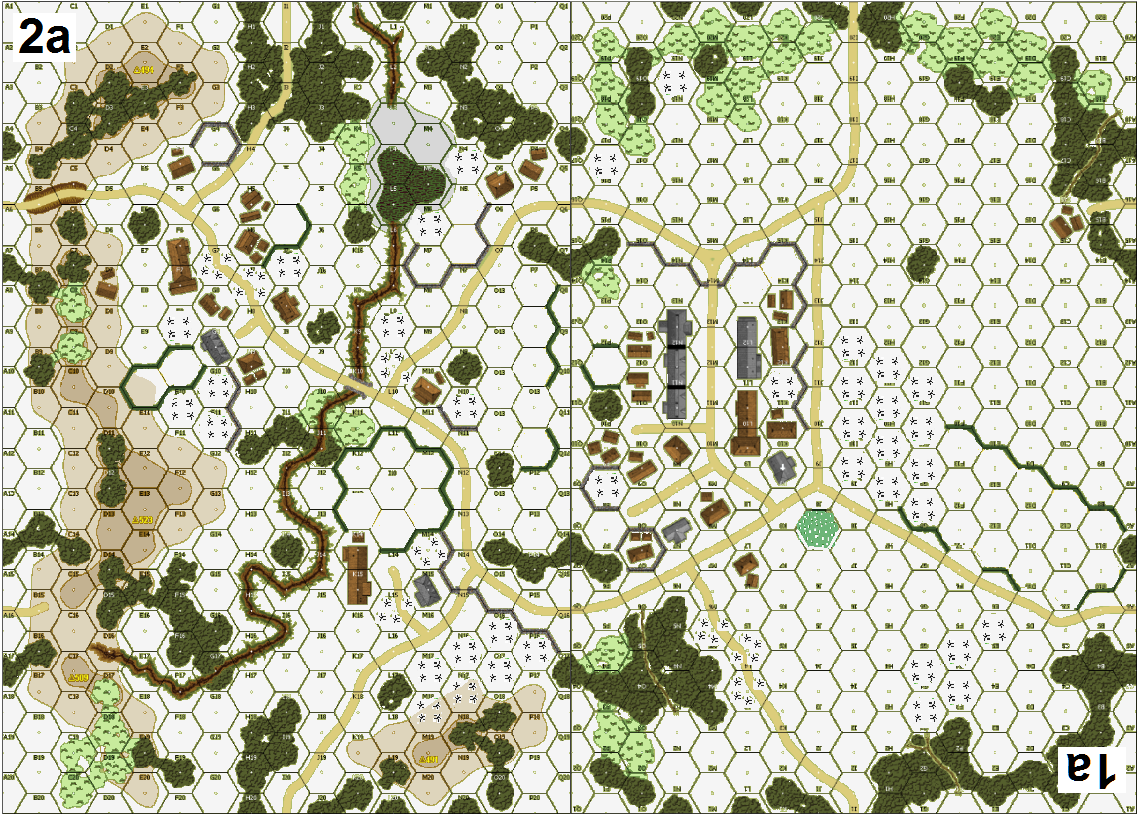 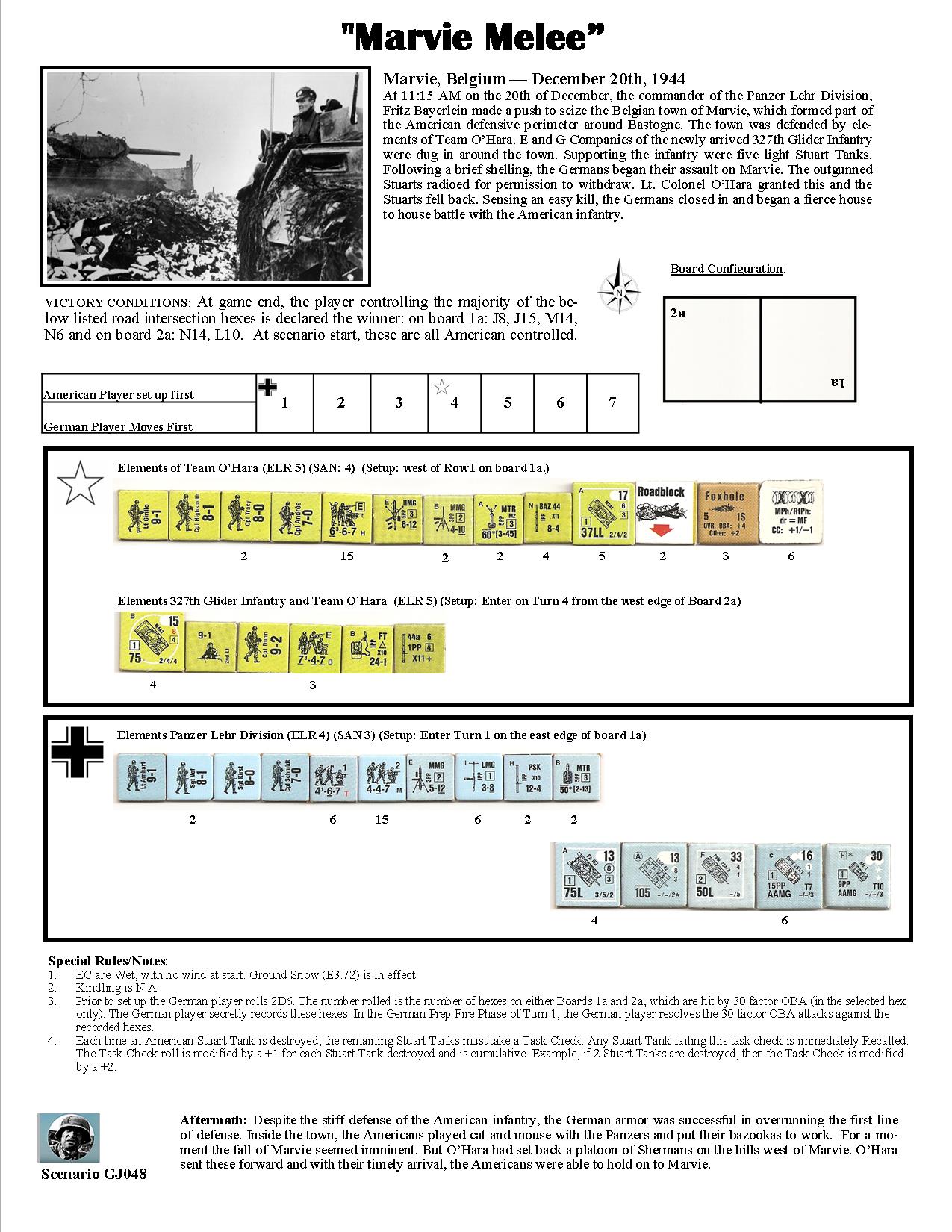 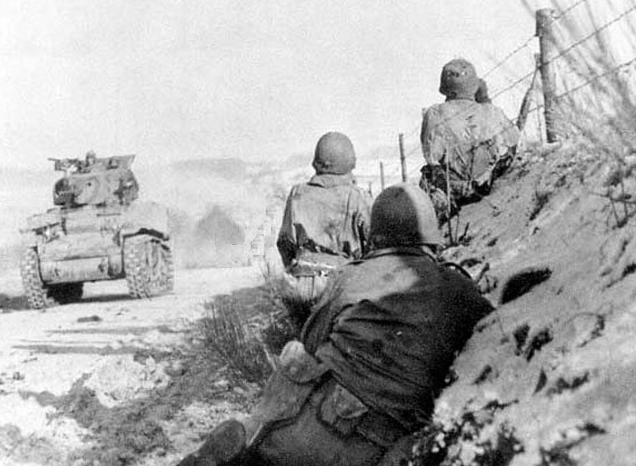