"Tiger Hunt" -- The chaos created in the German lines by the Soviet offensive was indescribable. The Tiger of Lieutenant Wulf, sole survivor of his platoon was trying to find his regiment when they were spotted by a Soviet airplane. Deciding that the better course of action would be to hold in place, Wulf camouflaged his tank and waited. Soon a platoon of T-34/85s appeared. . .
Attacker: Russian (Platoon of Soviet armor)
Defender: German (Lt. Wulf's Tiger) 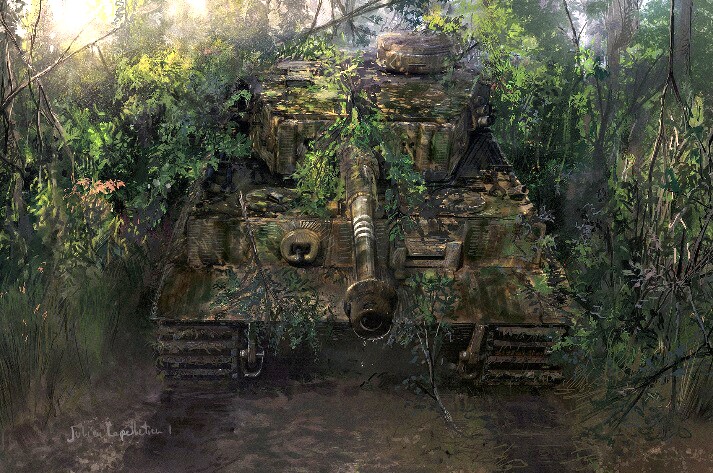