In the sector of the Russian 1st and 3rd Guards Armies the Axis defensive lines on the Don and the Chir Rivers had been shattered. As Russian mobile formations poured through the line and into Axis rear areas, various formations were cut off. The Romanian 7th Infantry Division was one of these. Since the opening of the LITTLE SATURN offensive this division had been steadily driven back. As the front lines evaporated on December 19th, the 1st Guards Mechanized Brigade and 197th Rifle Division encircled the Romanian Division at the town of Kruzhilin. The next day the Russians launched concentric attacks on the surrounded Romanians.
Attacker: Russian (197th Rifle Division/1st Guards Mechanized Brigade)
Defender: Romanian (7th Infantry Division) 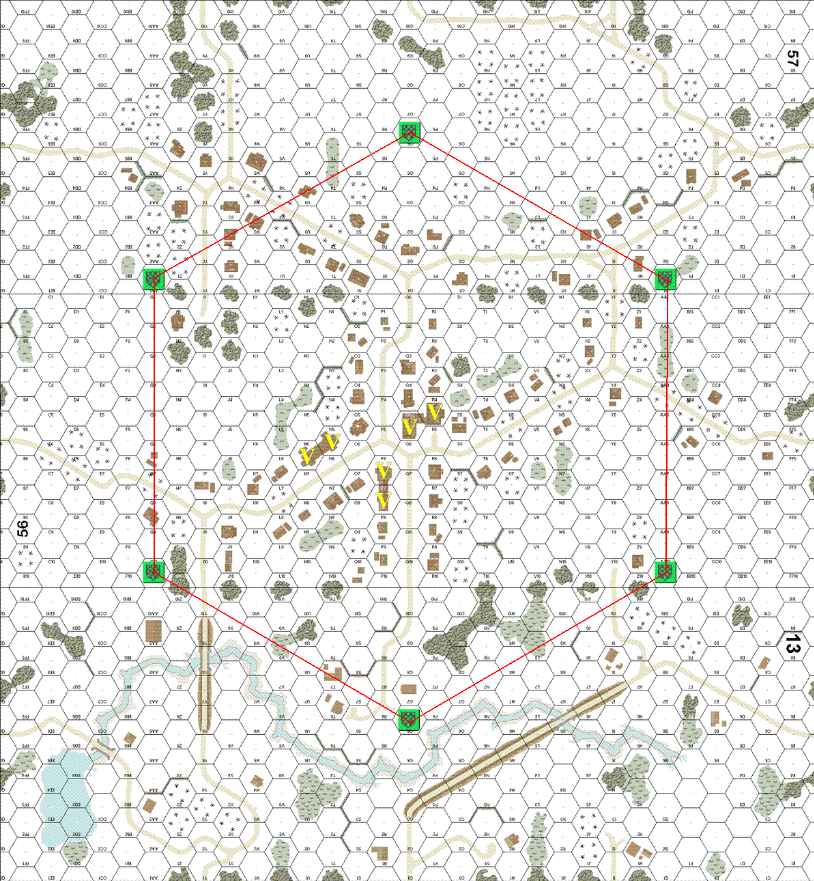