BAVINCHOVE, FRANCE, 27 May 1940: With orders to break up any German assault before it could reach Cassel, D Company, 4th Battalion, Oxford & Buckinghamshire Light Infantry (Ox & Bucks) under command of Captain Charles Clustom, occupied the village of Bavinchove, located 2 miles southwest of Cassel. The Ox & Bucks’ mission was simple – to hold the town “at all cost”. Starting just before dawn on 27 May, German bombers, artillery, and mortars started pounded nearby Cassel, heralding an all-out offensive on the town. The Germans main tank and infantry assaults were directed against the south and southeast sides of the British line. D Company, located to the southwest of Cassel, was in the thick of the action and it gallantly staved off wave after wave of German assaults. However with mounting casualties, D Company’s defences started to buckle, allowing the Germans’ spearhead to slip through and head for Cassel.
Attacker: German (11 Panzer Regiment)
Defender: British (Ox and Bucks Light Infantry) 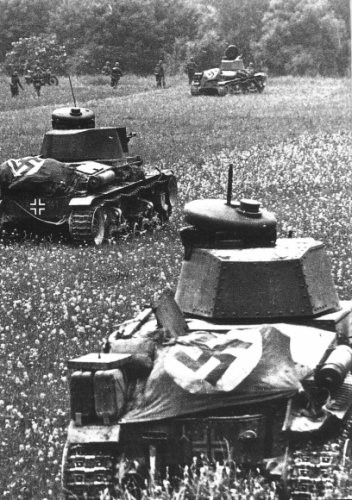