The mission of taking Isigny was given to the 175th Infantry Regiment; it was to move between the 115th and the 116th Regiments and head straight for its objective while the other two regiments cleared either flank of the advance. The 747th Tank Battalion (less Company B) was attached to the 175th Infantry and the attack jumped off that night. Advancing along the Longueville-Isigny road with tanks leading the columns of infantry, the regiment captured la Cambe at 04:00 hours and met its first real resistance about three miles west of that town. As Company A and a platoon of tanks approach a village nestled at crossroad, an MG 42 erupted from a cluster of buildings and a raging battle soon developed, with tanks moving forward and opening up on the on the farm buildings. The Germans knocked out the lead Sherman with a well-hidden anti-tank gun; however, isolated German resistance, here and in other villages north and south of the Isigny road, was soon overrun.
Attacker: American (Elements 1st Battalion, 175th Infantry Regiment)
Defender: German (Elements 914.Grenadierregiment) 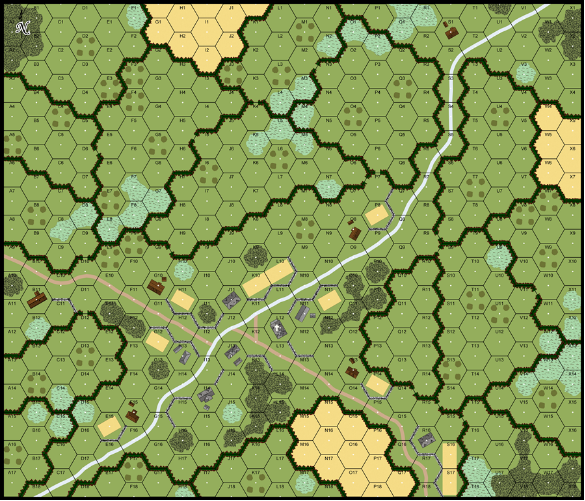 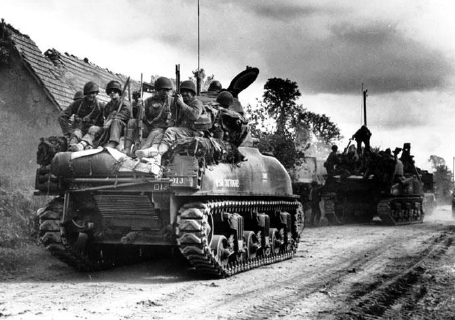