Following service in the Remagen Bridge sector, the 512th Schwere Panzerjaeger Battalion had fought hard to stem the advance of American units into Germany. In April, the battalion had inflicted heavy losses on American Sherman Tanks and other lightly armored vehicles. On April 16th, the battalion, led by Hauptmann Albert Ernst was tasked with the defense of Iserlohn. Rather than subject the town to significant damage, Ernst famously surrendered his unit in the main square. But..what if...what if Ernst had decided to defend the city as elements of the US 99th Infantry Division and 3rd Armored Division approached the town. What if Ernst had decided to establish a roadblock into the center of the town, deployed his single company of Panzergrenadiers and positioned his remaining three Jagdtigers to hold the town at all costs….what if..
Attacker: American (99th Infantry Division with 3rd Armor Division)
Defender: German (Schwere Panzerjaeger Battalion 512) 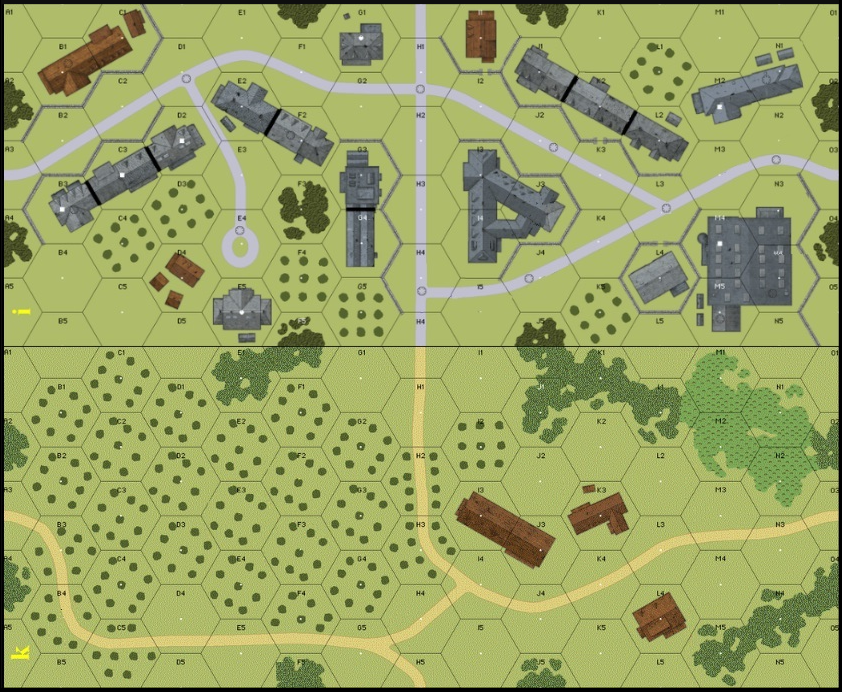 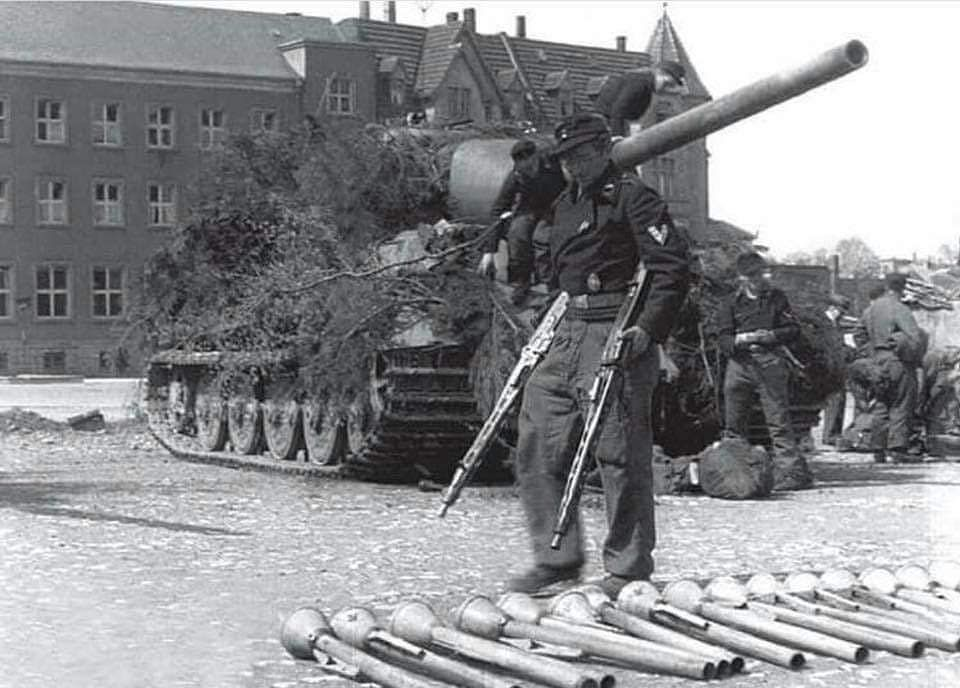 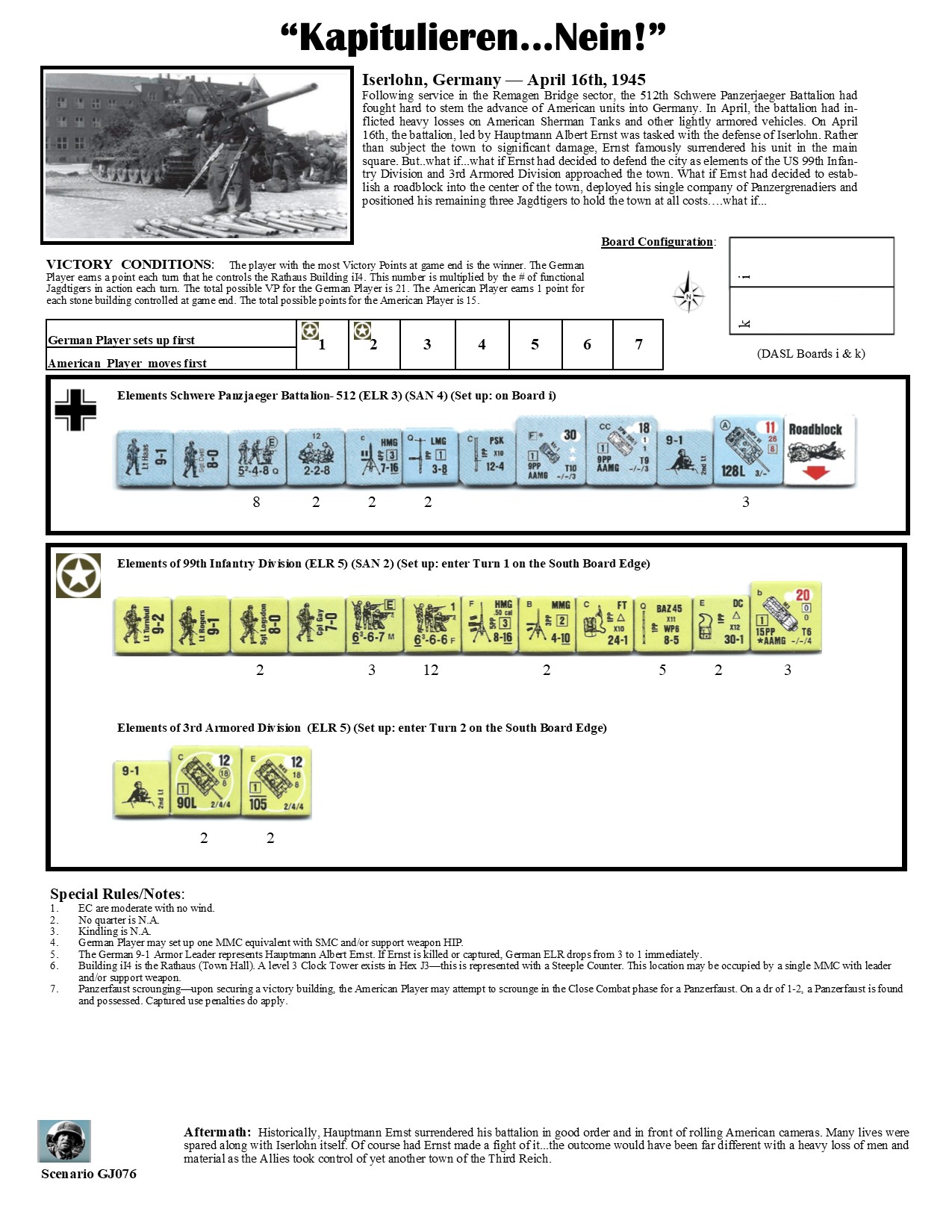