For Hitler and OKW, it was the "Battle of the Cherkassy Pocket", but the troops trapped within called it “Little Stalingrad.” On 28 January, the Red Army’s latest offensive in the Ukraine had cut off a large salient containing two German Corps—the 9th and 42nd. Trapped as well was the SS Wallonie Brigade, prime element of Gruppe Stemmermann. Stemmermann’s men were fighting a grim rearguard action against Koniev’s Second Ukrainian Front while the bulk of the German forces prepared to break out to the west. At OKW, Hitler himself was particularly interested in the fate of Stemmermann’s command. Politics had much to do with his concern, for the chief of staff of the Wallonian brigade was Leon Degrelle, head of the fascist Rexist Party in Belgium and a living symbol of Axis solidarity. Nazi prestige would suffer if Degrelle was allowed to fall in Russia. Meanwhile, 1500 miles away, Degrelle had more important things on his mind than Nazi prestige.
Attacker: Russian (52nd Army)
Defender: German (SS) (SS-Strumbrigade "Wallonia") 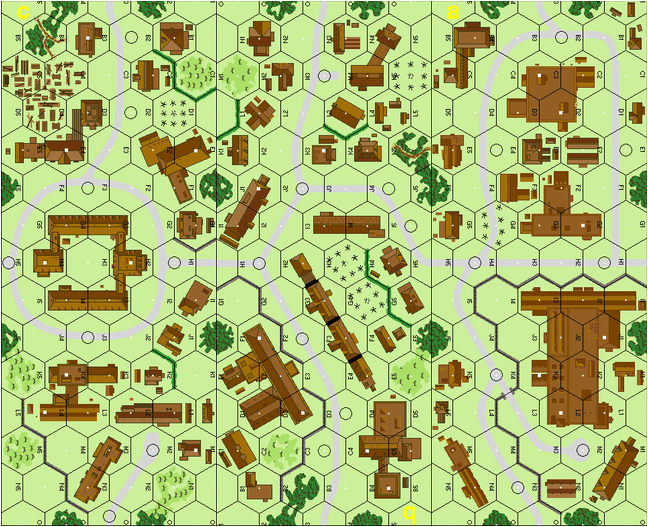