While other officers were concerned with moving inland and taking objectives, General Cota could see by noon that the key problem was the Vierville draw. Or rather, that nothing was coming up the Vierville draw. Leaving others to fight the Germans west of Vierville, Cota went to see the beach exit for himself. The destroyer McCook was just 1,000 yards offshore, firing at the concrete emplacements and houses around the church. Cota’s group of officers took advantage of the stunning effect of the naval fire. They hastened the collapse of the German positions with well-aimed pistol and carbine fire.
Attacker: American (General Cota and Staff)
Defender: German (726 Infantry Regiment) 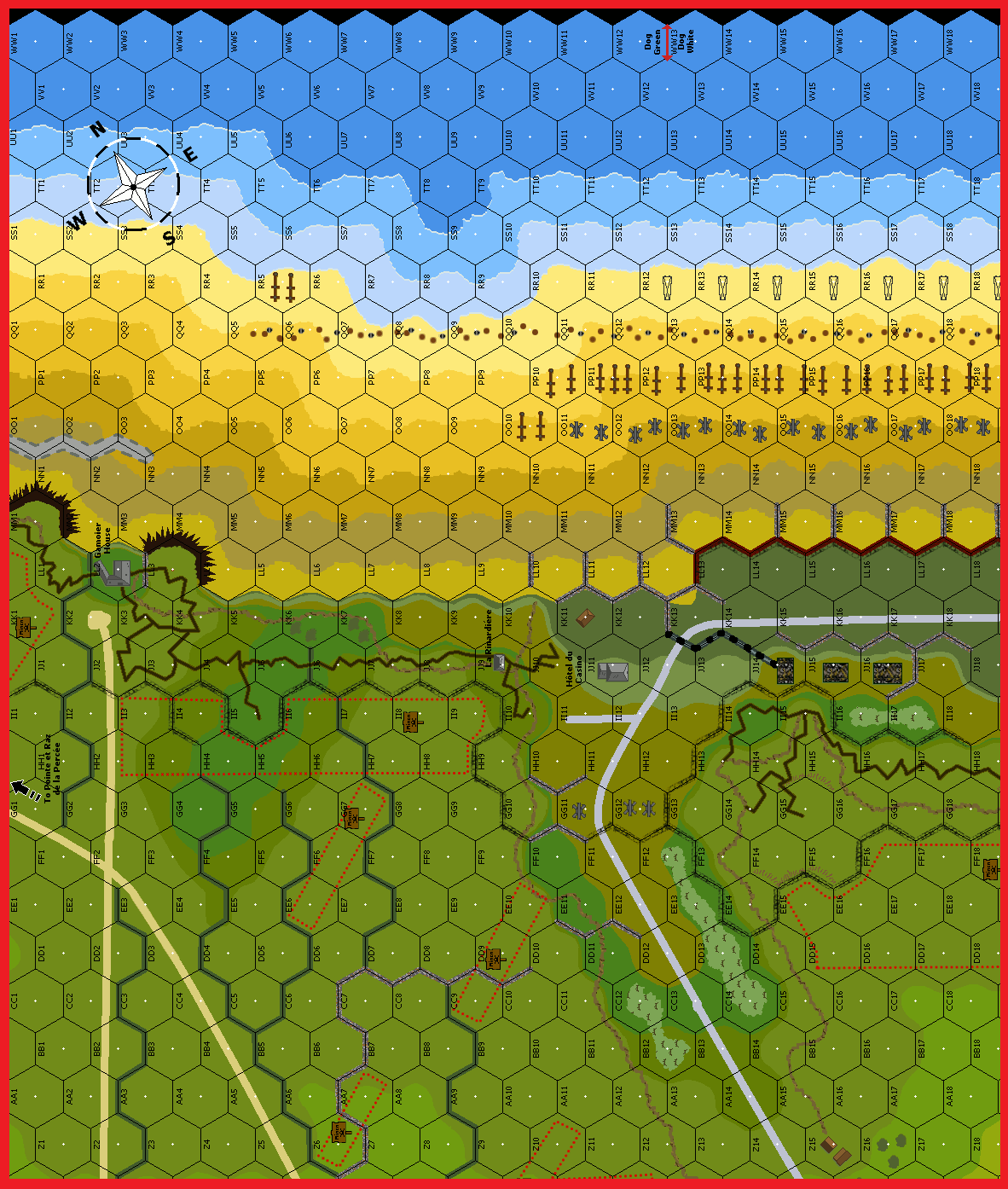