A Company, from the 505th PIR was dropped near La Fiere Bridge early on June 6th, 1944. Their mission was to secure the bridgehead against the Germans until relieved by the amphibious assault later that day. Standing against repeated German counterattacks, the small band of Paratroopers stood off infantry and tanks.
Attacker: American (Company A and B, 505th Parachute Infantry Regiment)
Defender: German (1057th Grenadier Regiment) 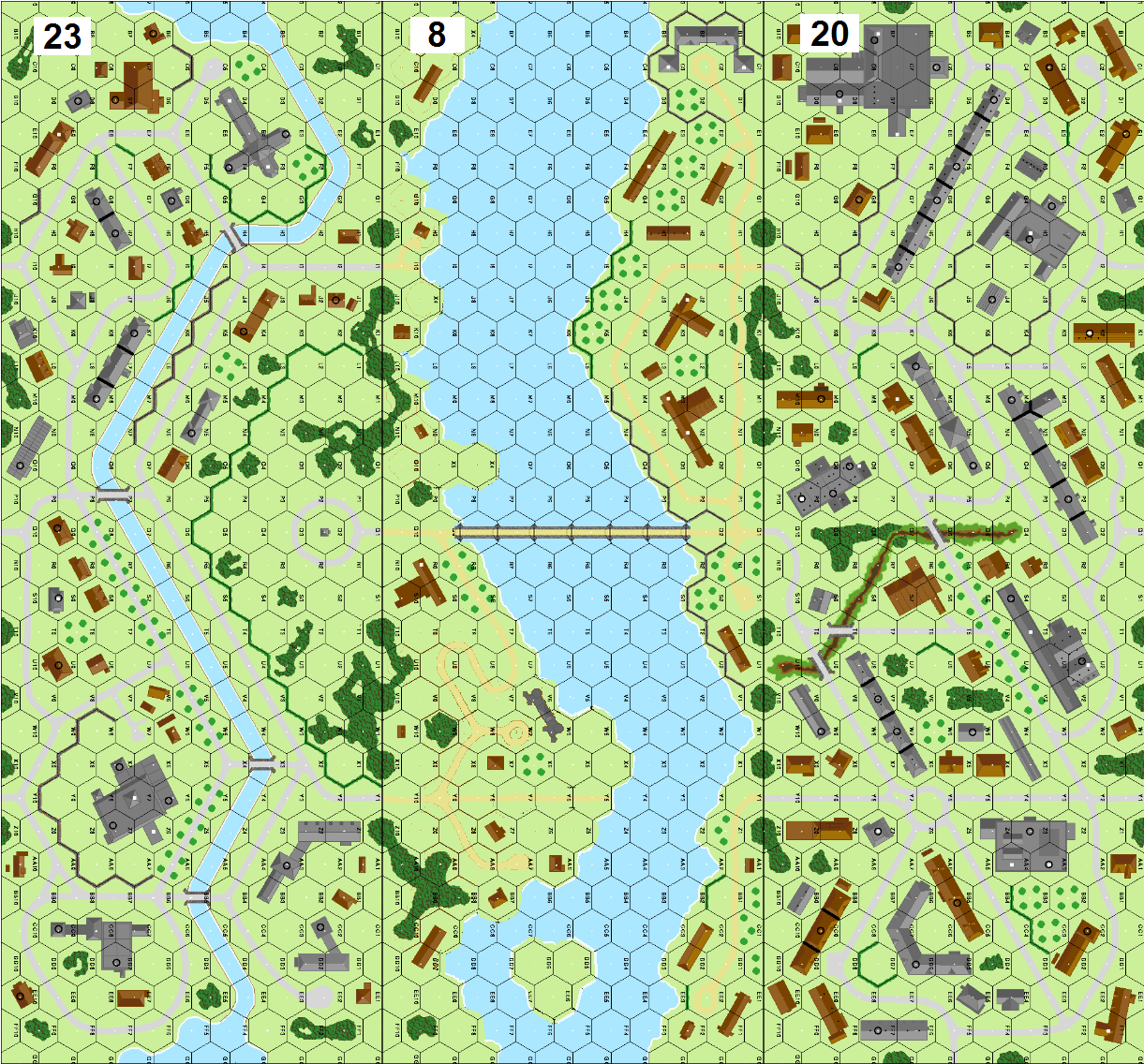