After fighting its way through the Ardennes, Panzer-Division 7 found itself on the banks of the Meuse. The towering cliffs provided a majestic and frightening back drop for the job of crossing the river. The questions on every trooper's mind were: Where are the French? How determined would the resistance be to the crossing? The Germans didn't know that the 66th Infantry Regiment had just beaten them to the Meuse, and Panzer-Division 7 quickly threw itself against the west bank.
Attacker: German (2 and 3 Kompanien, Schutzen-Regiment 7, Schutzen-Brigade7, Panzer-Division 7)
Defender: French (1er Bataillon, 66ème Régiment d'Infanterie, 18ème Division d'Infanterie with 1ère Division Légère de Cavalerie) 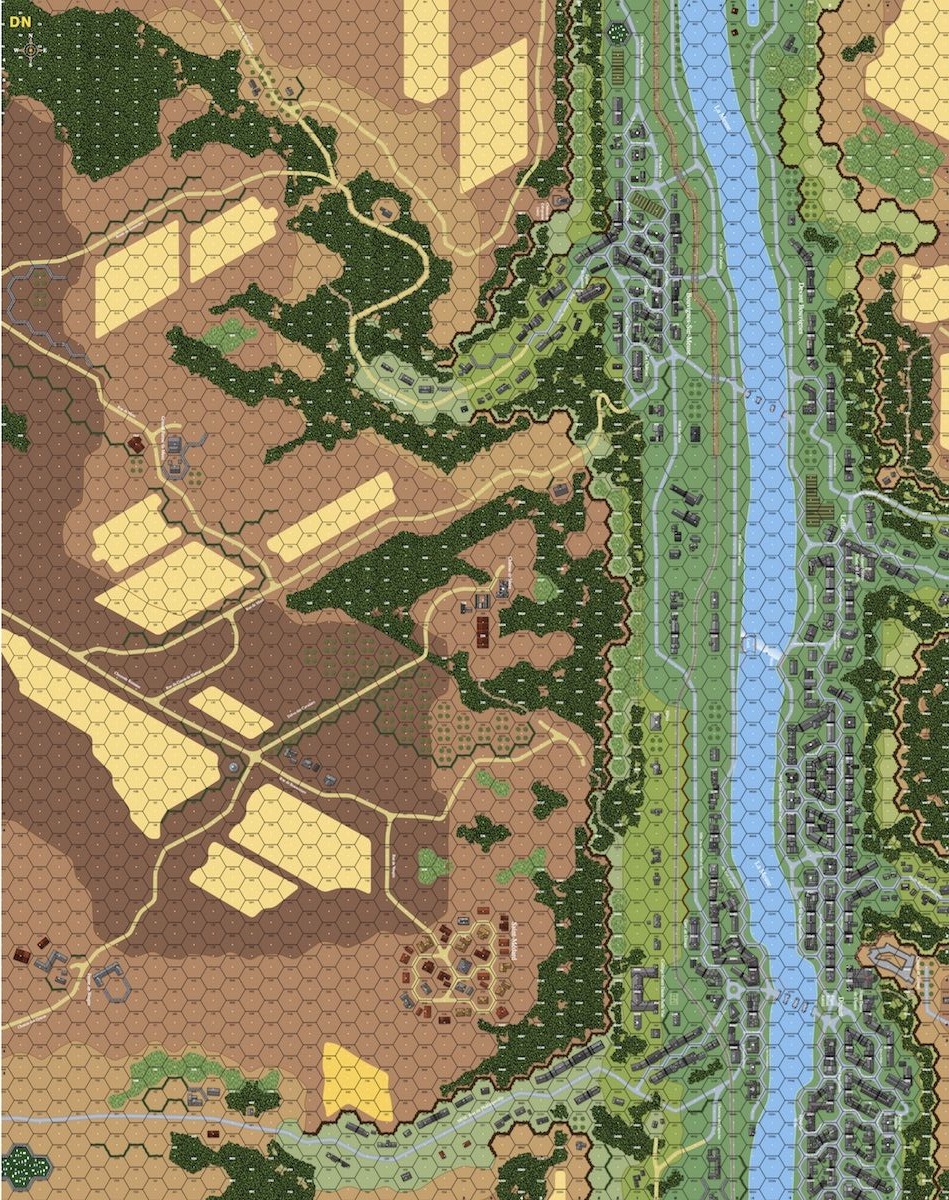