The entire area was dominated by the smokestacks of the giant steel factory at Colombelles. These smokestacks were the ideal observation posts over the battlefield for the Germans. General Montgomery decided on an operation to take these smokestacks out, aptly called OPERATION STACK, and the 51st (Highland) Division was tasked to carry it out. Just before first light, the 1st Gordons' "B" and "C" Companies moved up right along the Orne's towpath while "A" & "D" Companies moved up the left into Colombelles. "B" Company managed to take some houses, but ran into a German platoon strongpoint bustling with machineguns.
Attacker: British (No more details)
Defender: German (No more details) 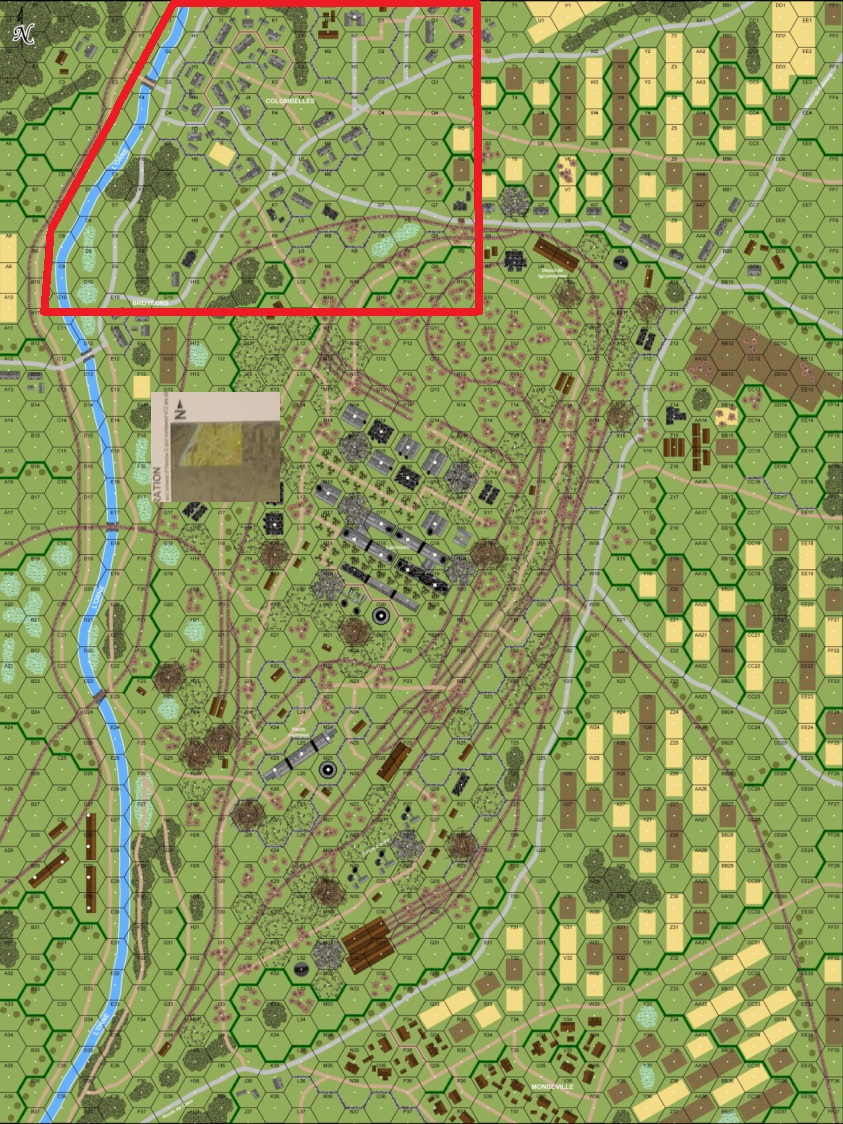