From The Cellar Pack #3

Published by: Le Franc Tireur
(Log in to add this module to your collection
or to see your play details)

The From the Cellar #3 pack includes 10 scenarios, 88 unpunched counters and 2 pages of vehicle notes.
The majority of the counters represent SS (black):
32 AFVs (the great majority are captured AFVs being used by the SS)
23 Leaders and Heroes
3 Panzerfaust
6 Turrets
The remaining counters represent:
8 unique captured AFVs in German service
8 Turrets
8 Wrecks
For those AFV counters not listed in Chapter H, a 2-page AFV listing is included.
The 10 scenarios in this pack depict actions of the Waffen SS from the early campaign in 1940 France to 1945 Austria. The black SS counters are listed in the Order of Battle of each scenario. 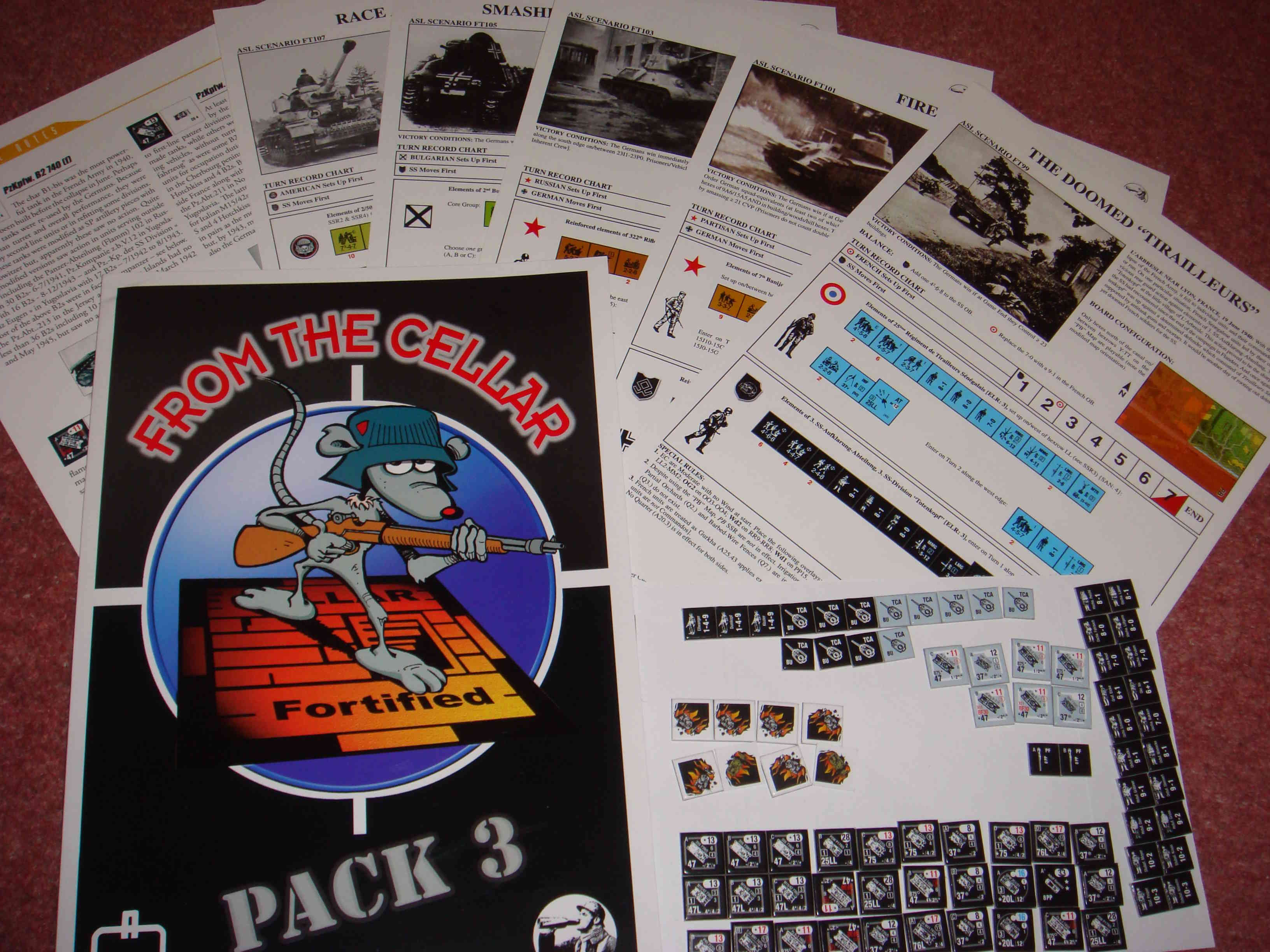