The Long March contains 17 tactical scenarios covering the Communist Chinese fight with Nationalist Forces between 1931 and 1937. Also included is a campaign game linking 14 of the included scenarios to represent the entire struggle of preservation and revolution. Most but not all of scenarios focus on the Long March of 1934-1935, when the Communists relocated their base from southern China to northern China. Designed by Jay Long.

These scenarios require counters and maps from other Heat of Battle offerings such as High Ground. 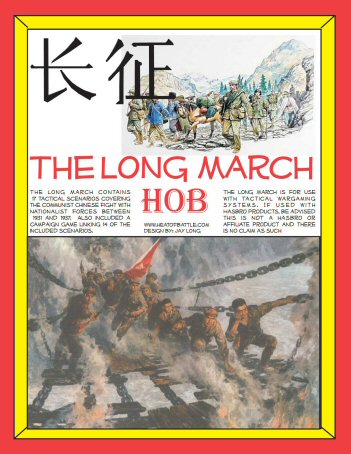