Published by: Monkeys with Typewriters
(Log in to add this module to your collection
or to see your play details)

The Challenge:
Following on from the first Monkeys With Typewriters design challenge, the scenario design monkeys were again locked up in their cages with exactly the same reference materials to see what they would make of the action chosen for them, the German attacks in the Ostfold in April 1940.

What would be the outcome? The ASL equivalent of Hamlet or just a pile of poo covered typewriters?

The Dedication:
This scenario pack is dedicated to the memory of Kerry Smith, Scenario Anonymiser Guy (SAG) extraordinaire and the man responsible for scenario layout for both MwT contests who passed away unexpectedly on 16th September 2009. His wit and selfless contribution of time and effort to the ASL hobby, as well as his organisation of both monkeys and Judges will be sorely missed. 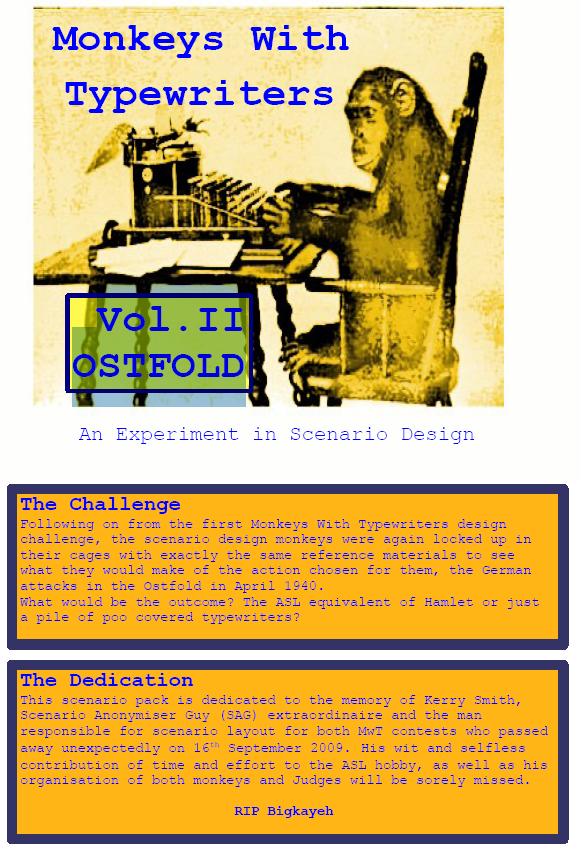