HILL 192, NORMANDY, 11 June 1944: On 7 June 1944 (D+ 1), the 2d Infantry Division landed on Omaha Beach, passed through elements of the 1st and 29th Infantry Divisions which held the beachhead, and fought thirty kilometers south to Hill 192. There, because of stiffening German resistance and lack of logistical support, the Division had halted on 17 June.For over three weeks the division sat on the northern slopes of Hill 192 and on a line six kilometers east of it, while supplies and reinforcements were brought into the beachhead. Then, on 11 July, the division was ordered to capture Hill 192 and the St. Lo-Bayeux road one-half mile to the south.

Unlike the defender of most Wn, the defenders at Hill 192 turned out to be the 9th Parachute Regiment, 3rd Parachute Regiment -- very bad news for the American doughboys tasked to capture it ... facing a determined enemy, armed to the teeth with automatic weapons. Located about five miles (eight kilometers) north-east of St Lô, this rise in the ground would hardly be classed a hill on most maps. But in a countryside where a significant high point is twenty or thirty meters (sixty-five to one hundred feet) above the surrounding countryside, Hill 192, named for its height in meters, was a strategic point that would cost a lot in American lives. From here, the Germans had an uninterrupted view north over the 2nd Division's lines, but also west overlooking all the approach paths that would have to be used by the 29th Division's attack to capture the town. Following a savage fight on the 11th of July, the 2nd Infantry Division finally secured this high ground allowing the capture of St Lô five days later. Here you will be shown the American and German front line positions at the start of the battle, with the Germans everywhere looking down on the US soldiers. 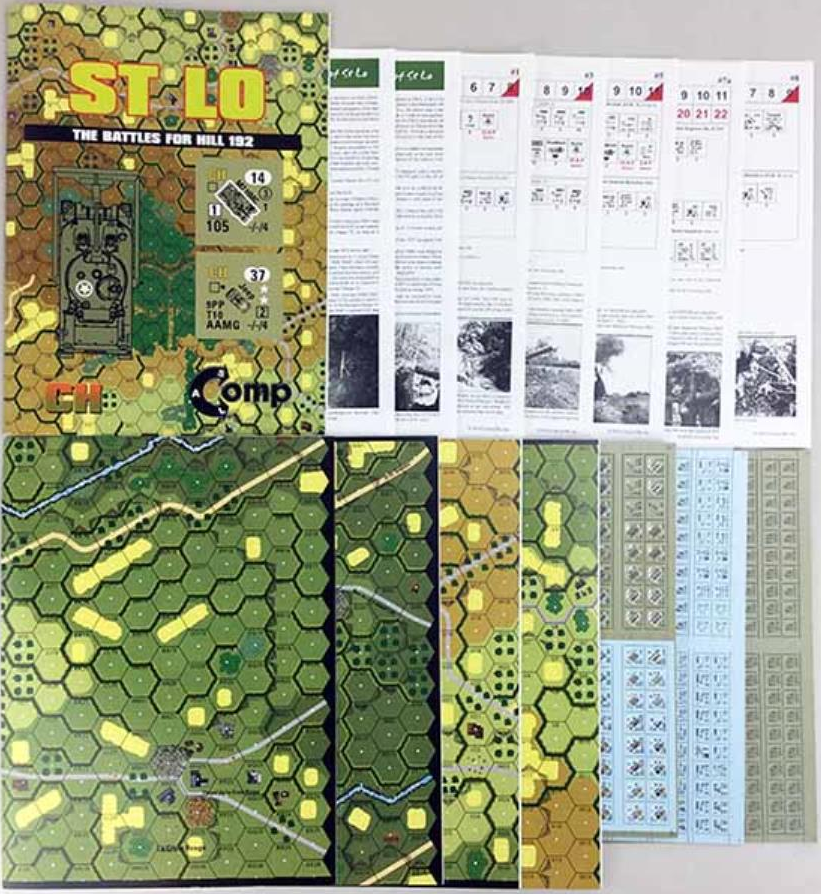