Published by: Advancing Fire. December 2021
(Log in to add this module to your collection
or to see your play details)

PROKHOROVKA! depicts main episodes of the fights around Oktyabrskii State Farm and Hill 252.2, in the so called “Tank Fields”, southwest of Prokhorovka town, on the 10th, 11th and 12th of July 1943, during the Battle of Kursk, between the II. SS-PzKorps and , mainly, the 5th Guards Tank Army..

One 36.8” x 22.0” HASL map sheet which represents the historical layout of the Andreevka and Vasilyevka villages

One 24.4” x 15.7” HASL map sheet which represents the historical layout of the Storozhevoje village

One 30.7” x 23.6” HASL map sheet which represents the historical layout of the area around the Stalinskii State Farm

Ownership of the following Hasbro/MMP ASL products are required to play all of the included scenarios:

Beyond Valor®, ASL Starter Kit®#3 (only for SK scenarios) 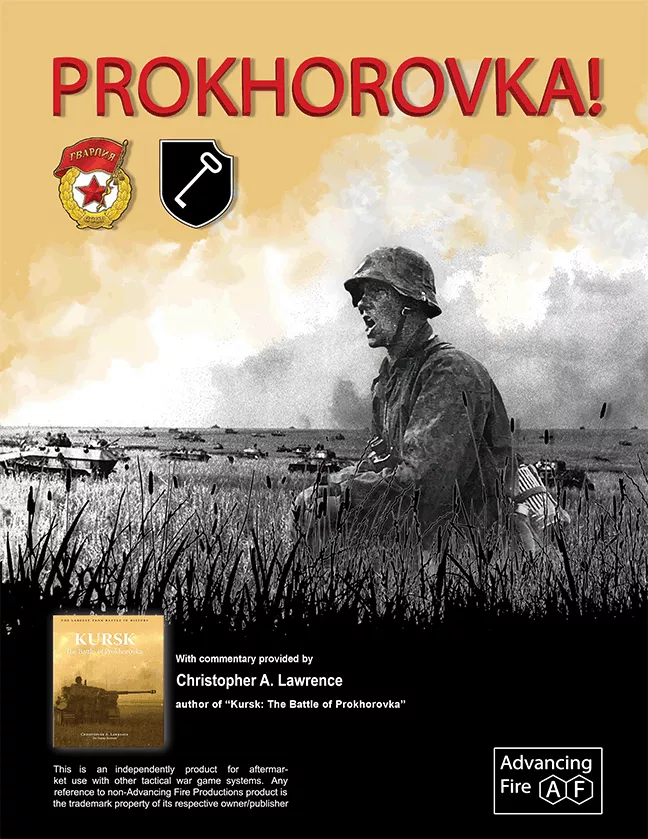