Early on the morning of 20 December, Task Force Jordan of Combat Command B, 3rd Armored Division, had set out from Theux. Its destination was the German defenses at Stoumont, some ten miles to the south. As its point vehicles, proceeding down the main road, attempted to exit the rocky pass just north of the town they were ambushed by well-camouflaged, hull-down Panthers which quickly knocked out two U.S. tanks. As no off-road deployment was possible, the task force halted for the night and hunted for alternative routes through the forest. On the 21st, Task Force Jordan's orders were to attack, in conjunction with the depleted 3/119th Infantry, toward Rouli once the sanatorium had been recaptured by the 1/119th. The latter got off to a late start, and, despite the fact that the sanatorium was still in German hands, the task force and 3/119th advanced shortly after noon -- this time using the narrow farm trails meandering southward through the wooded hills.
Attacker: American (3rd Battalion, 119th Infantry Regiment and Task Force Jordan)
Defender: German (SS) (Kampfgruppe Peiper) 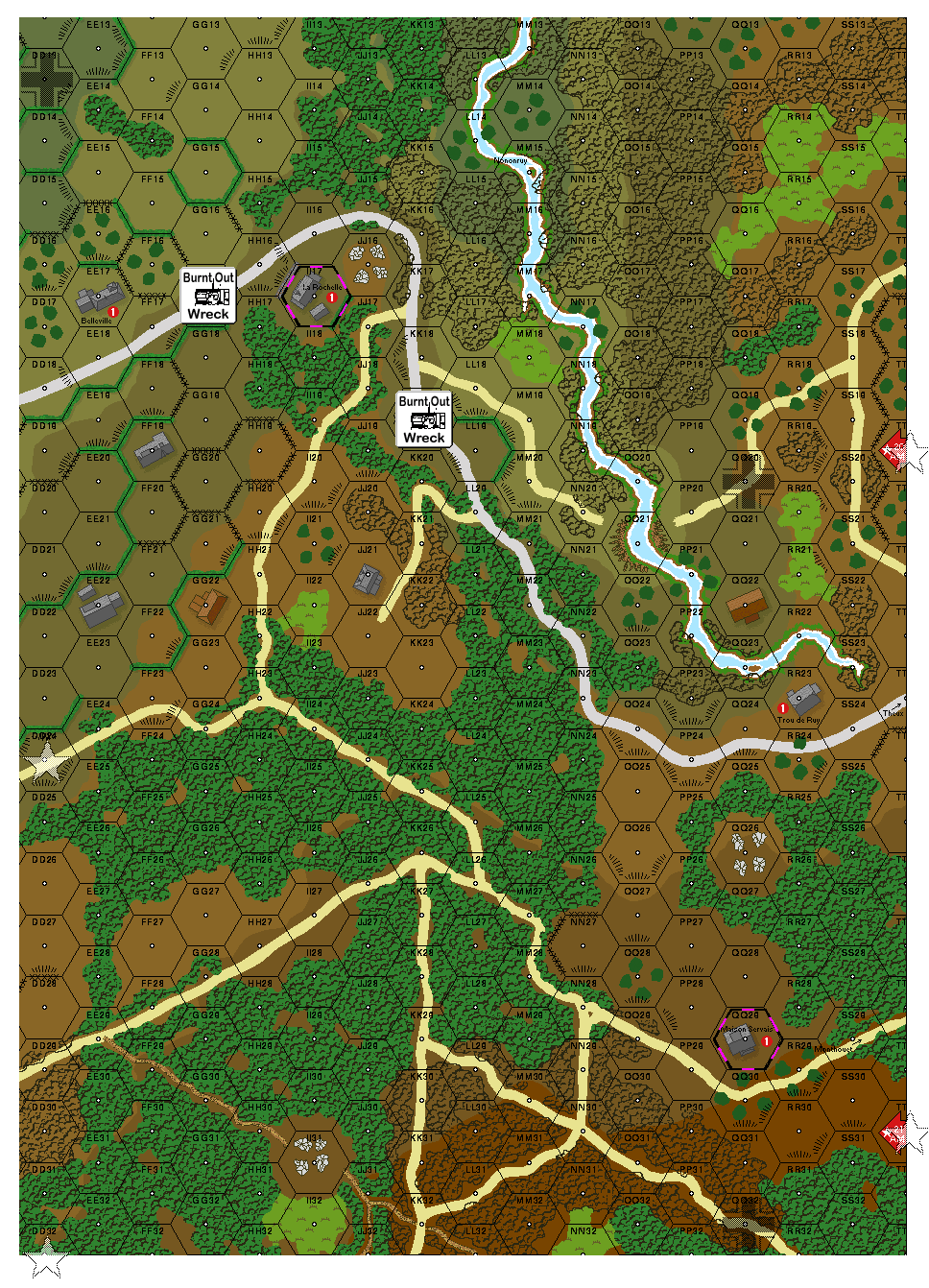 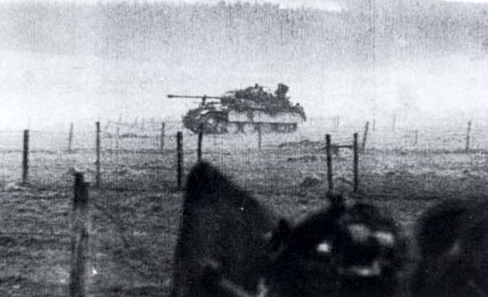