In a desperate bid to break out of the ever-tightening American stranglehold, Peiper decided to mount an attack toward Borgoumont, using the remainder of his precious fuel to give renewed mobility to several of his panzers. Before dawn, SS panzergrenadiers had moved to a forward position in and around the villas of Les Tcheous, with orders to await an armored force scheduled to jump off at about 1000 hours. As the German advance commenced, it was quickly spotted thanks to the thin mist now prevailing over the battlefield – and within minutes, shells of all sizes rained down upon them. . .
Attacker: German (SS) (Kampfgruppe Peiper)
Defender: American (Company K, 3rd Battalion, 117th Infantry Regiment and 2nd Platoon, Company A, 743rd Tank Battalion) 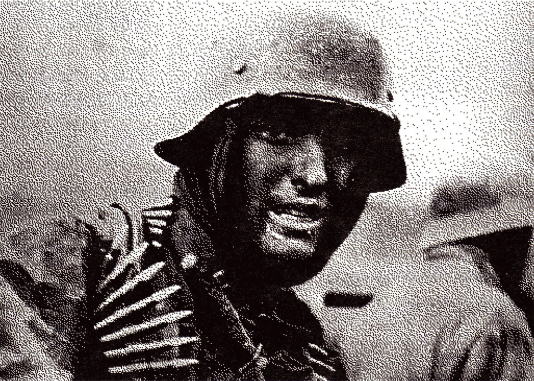