The RHLI had been in position on their objective for over 24 hours. They had taken a beating but held, although the Schwanenhof farmstead changed hands multiple times. Frustration on the German side was noticeable, as ad-hoc assault after ad-hoc assault was launched, wasting lives and material. Finally, the German commander had had enough. A major attack was begin as the Germans of Panzer Lehr in the form of Kampfgruppe von Hauser and the 116th Panzer Division again crossed the muddy fields to renew their acquaintance with the Canadian defenders.
Attacker: German (Kampfgruppe von Hauser and 116th Panzer Division)
Defender: Canadian (Companies A and B, Royal Hamilton Light Infantry, 2nd Canadian Infantry Division/Scout Platoon, RHLI) 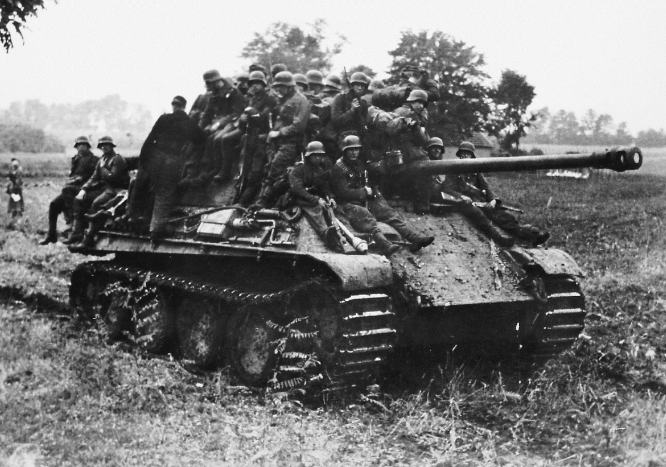