By 1600, the Marine paratroopers had secured the summit of the hill on Gavutu and would spend the night digging some of the die-hard Japanese defenders from scattered caves on its slopes. But they had been repulsed on nearby Tanambogo. The “Red Meatball” was still proudly waving from a staff on Hill 121 as the sun set. With heavy casualties, Gavutu still unsecured and Tanambogo yet to be taken, Major Miller of the 1st Marine Parachute Battalion had no choice but to request reinforcements. The only unit that was immediately available was B Company of the 2nd Marine Regiment which had landed unopposed at Haleta on Florida Island in the early morning. Confusion and last-minute outfitting delayed B Company’s departure. Shortly after nightfall, the six landing craft carrying the 2nd Marines finally headed to Tanambogo. As they approached the beach, naval gunfire ignited a small fuel dump near the water’s edge. The Japanese defenders opened a brisk fire as the Navy guns fell silent. A hail of rifle and machinegun bullets greeted the invaders, even as the first touched shore.
Attacker: American (USMC) (Company B, 1st Battalion, 2nd Marine Regiment)
Defender: Japanese (Tanambogo Defense Force/Gaomi AA Platoon) 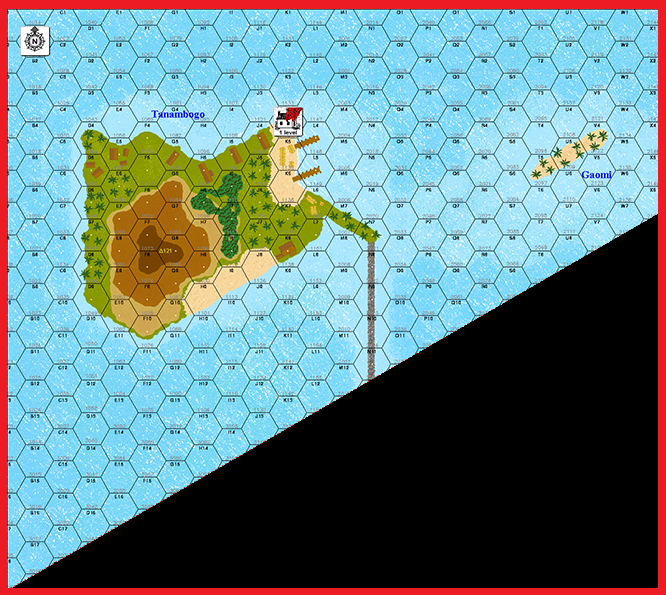