After three days of rest and refit, the Churchills of the Scots Guards arrived from Munster and linked up with the troops of the 227th Infantry Brigade's Gordon Highlanders, with orders to advance on Celle. The Germans had taken advantage of the pause to organize their resistance and to blow all the bridges in the area. By 1300 hours, the column had negotiated on demolished bridge which had not been actively defended. Three and a half miles beyond Fuhrberg they were again held up by a blown bridge -- but this time they ran into trouble. The crossing was opposed by enemy infantry, which quickly knocked out a Churchill with a panzerschreck.
Attacker: British (2nd Gordon Highlanders and "Left Flank" Squadron, 3rd Scots Guards Battalion/Reinforcing troop, with bridgelayer from Battalion HQ)
Defender: German (Fallschirmjäger Division 7) 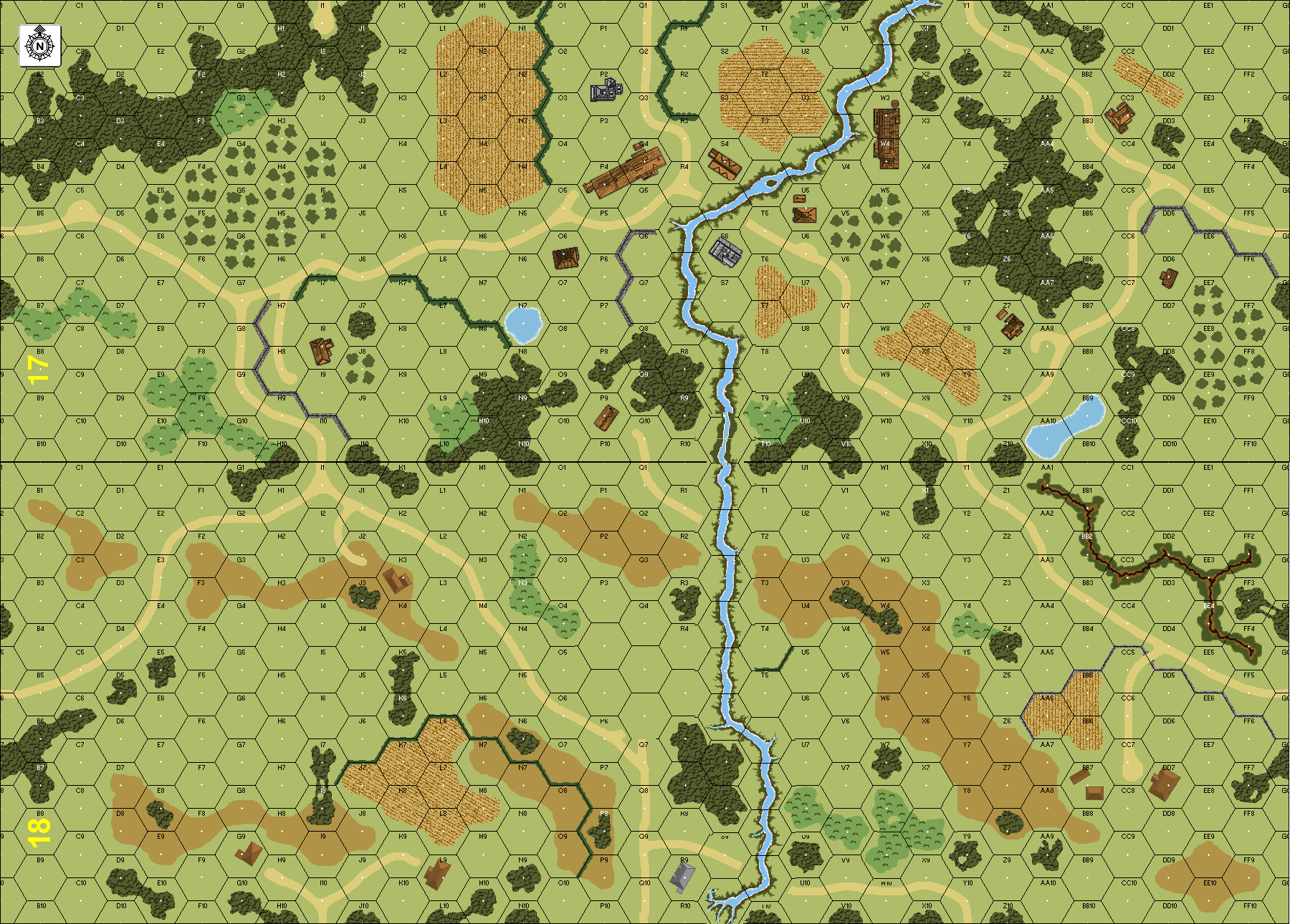