Now that General Stilwell's Chih Hu Pu forces had achieved early success in their return to Northern Burma, he set his sights on Myitkyina. But first the Japanese hold on the Mogaung Valley had to be wrested from them, as well as their control of the vital Kamaing-Mogaung road. General Sun, the commander of the Chinese 22nd Division, ordered one regiment to slip around the Japanese east flank and cut the Kamaing road south of the small village of Seton. With his right rear now wide open, General Tanaka ordered everything available to immediately attack this blocking force to his rear.
Attacker: Japanese (Elements of the 4th Regiment, 2nd Division)
Defender: Chinese (Elements of the 112th Regiment, 22nd Division) 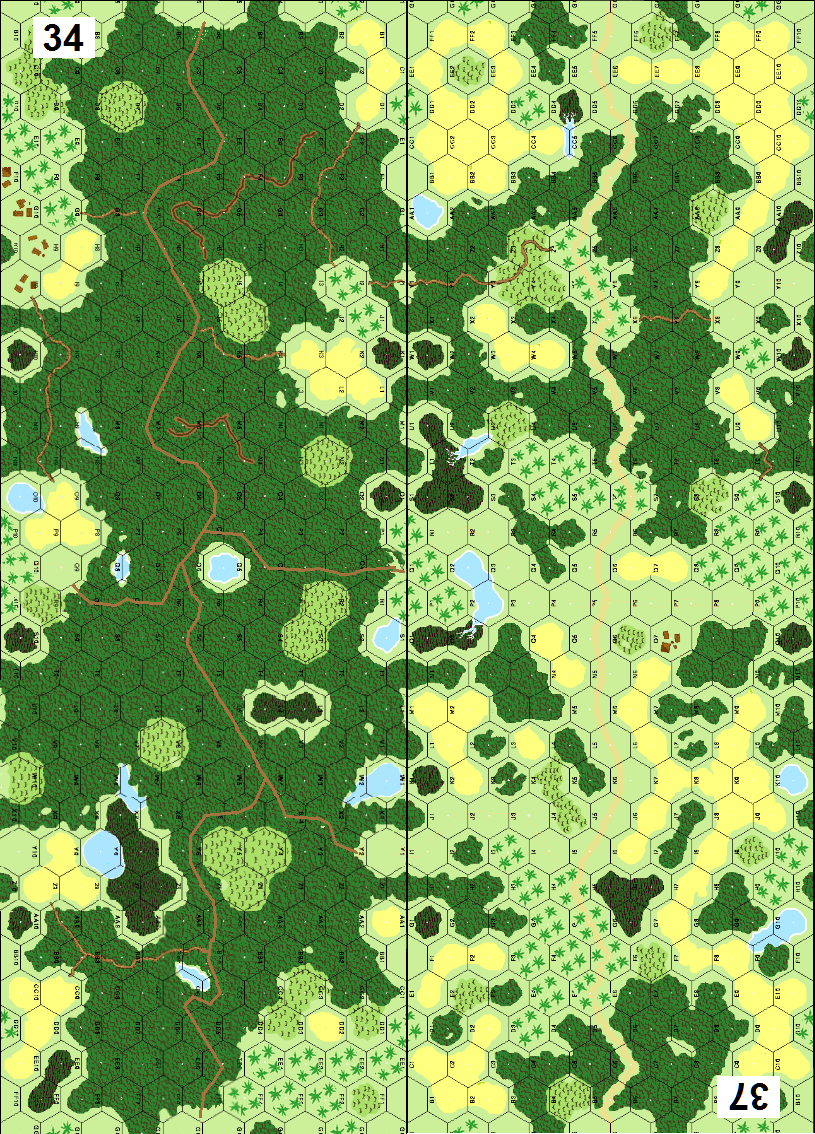