Revised version of "Pandemonium" SAGA 1996 scenario . . . The southern pincer of the German blitzkrieg attack on France had been racing steadily westward for a week. The sharp end of the pincer consisted of three panzer divisions of Panzerkorps Guderian, being urged by their commanding general to drive for the coast, trusting follow-up infantry to care for the flanks. Wehrmacht HQ saw that the westward course lay parallel with the Somme river and ordered the bridges across it be secured. Early on May 20th, German units approached several crossings in and near the city of Amiens, shocking nearby Allied units into action.
Attacker: French (Amiens Garrison and 4éme Division d'Infanterie Coloniale)
Defender: German (1st Panzer Division) 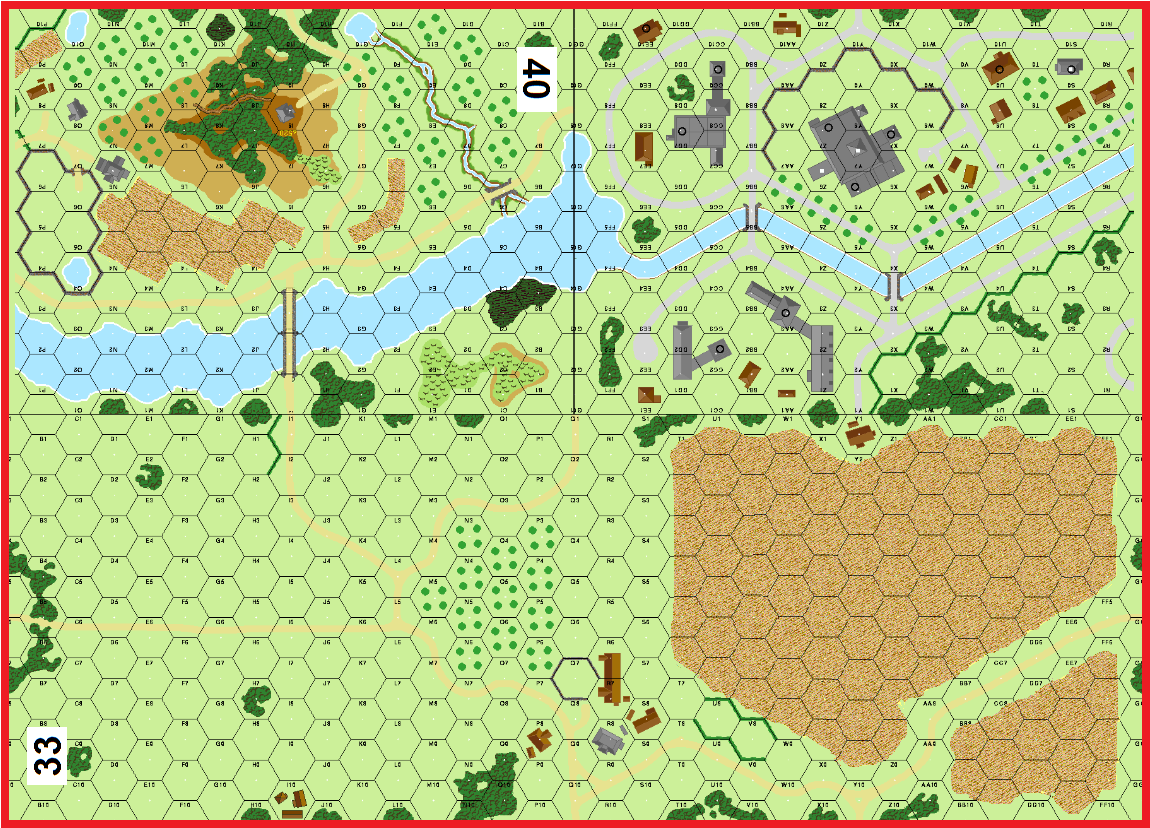