Lt. Colonel John Frost's small band of British 'paras' had seized the northern end of the road bridge over the Rhine, but were equipped to hold it only for 24 hours. At the start of the third day, their situation was grim. The Red Berets were short on everything except wounded men, and relief was nowhere in sight. During the late morning, a trio of Panzer IIIs drove into the perimeter from the east. The tanks seemed well aware of the position of the anti-tank guns and cleverly avoided them. They opened fire at close range on British-held houses near the ramp bridge, setting some alight, and forcing out the occupiers. Captain Tony Frank of A Company needed a quick solution. . . and nabbed a nearby PIAT operator, then the two crawled into the rubble. After slipping into position behind a wall, they let fly with the LATW.
Attacker: German (9th SS-Panzer Division)
Defender: British ('A' Company, 2nd Parachute Battalion) 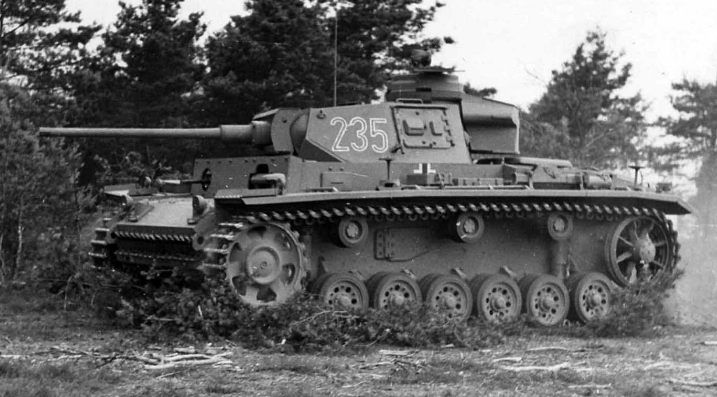