All through the night, the 11th Armoured Division pushed across the narrow bridge at Tourmauville taken by the Argylls. With them went the 23rd Hussars, showing all the spirit and dash of their predecessors who had fought at Waterloo. Once across the Odom River, 11th Armoured fanned out to enlarge the bridgehead. By morning, reconnaissance elements of the Hussars in their American built "Honey" light tanks were on the right flank of the bridgehead, probing as far west as the small hamlet of Gavrus. The Hussar's Honeys moved into Gavrus, pushing aside light resistance until they ran headlong into the lead element of a Panzer company redeploying southwards across the Odom River towards Hill 122.
Attacker: British (23rd Hussars)
Defender: German (SS) (12th SS Panzer Division Hitler Jugend) 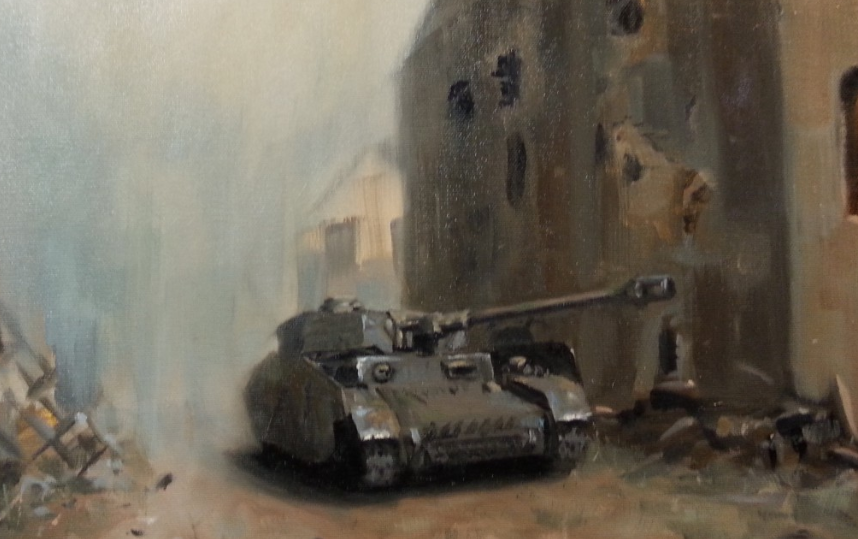