The Germans repositioned some Panzers during the morning hours of the 22nd. They also randomly scattered a few mortar concentrations to keep American heads down. In the meantime, the 814th Infantry Division received a platoon of 18 'Hellcat' tank-destroyers from the 638th Tank Destroyer Battalion. After spending part of the afternoon destroying half a house, where an enemy machine-gun nest was spotted, the Hellcats began dueling with the Germans again at 1650 hours. A group of five Panzers, one captured Sherman 'dozer' tanks, and a half-track were suddenly spotted lurking around the small 'Chapel of the Guardian Angel' at the junction of the Chemin du Rahisse and Rue Haute.
Attacker: German (Kampfgruppe Bayer, 116th Panzer Division)
Defender: American (638th TD Battalion) 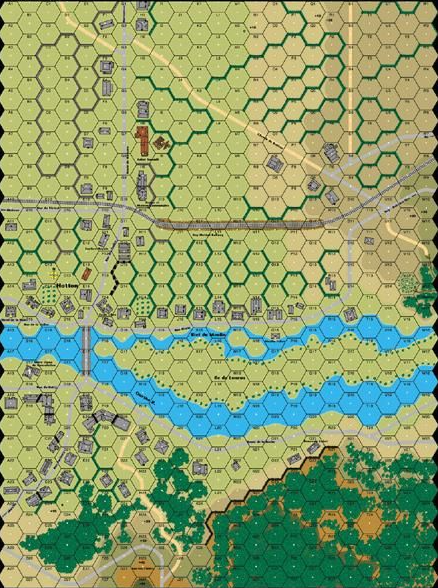