The Grenadiers of the 116th Panzer Division had slowly been replaced on the front line during the afternoon of 22 December. Their replacements came from the 560th Volksgrenadier Division, a less experienced combat formation. When night fell about 240 landsers were formed up for an attack. At 0635 hours, a force of about seventy Germans marched towards the northern end of Hotton, heading right for positions held by Sergeant Copeland. A flare went up and revealed the oncoming attackers in its harsh illumination.
Attacker: German (1129th Regiment, 560th Volksgrenadier Division)
Defender: American (3rd Armored Division) 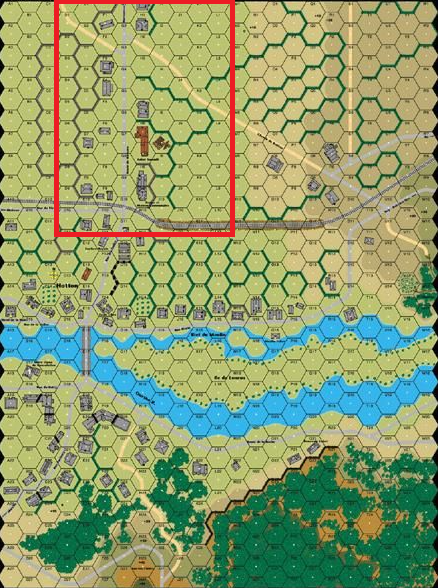