"29 Let's Go!" -- Two days after D-Day, the German 352nd Infantry Division, now decimated, was forced to withdraw in the face of an American push from Omaha Beach. In the small port of Grandcamp, they made a stand. The swampy terrain was an asset to the Germans, and so was a small stream protecting the eastern approaches to the village. Around midday, a group of Rangers were fought off. A more powerful American attack was then prepared. After a one-hour naval bombardment, K and L Companies of the 116th Infantry Regiment launched an assault with the support of Sherman tanks. . .
Attacker: American (5th Rangers/K and L Companies, 3rd Battalion, 116th Infantry Regiment "Stonewallers" and 743rd Tank Battalion)
Defender: German (914th Grenadier Regiment, 352nd Infantry Division) 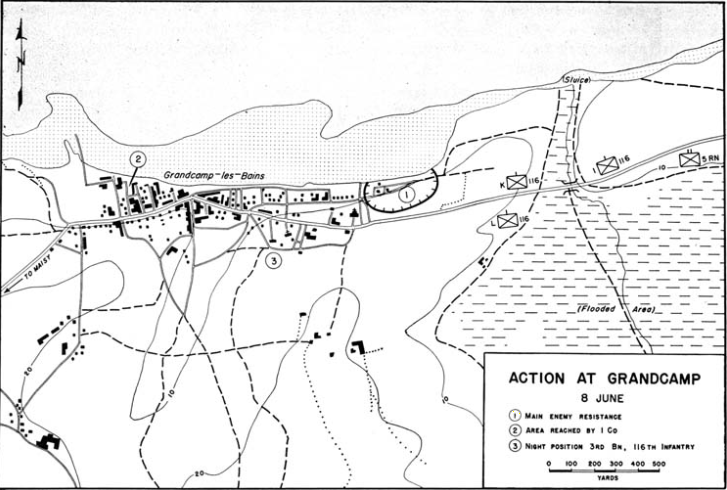