"Panzers in the Mist" - - - On 12 January 1945, the Red Army launched its major winter offensive in Poland. The units of the 1st Ukrainian Front, under Marshall Koniev, sprang from the Sandomierz bridgehead with the mission to destroy the German troops stationed to the east of the city of Kielce. The 4th and 3rd Guards Tank Armies were the spearhead of the offensive. Very superior in numbers, with 10 times as many guns, and 7 times as many tanks as the 4th Panzer Army facing them, the Soviets also benefited from the deployment of the Germans in front of them. Indeed, adhering to the orders of Hitler, the panzers were scattered and located too close to the front line, and on the 12th, the communications of sPzAbt 424 were cut by the Russian artillery. The German lines, though handled roughly, lasted throughout the day, but gave way at nightfall. At dawn the next day, the T34/85s of the 10th Guards Tank Corps rushed towards the west. Despite the confusion, General Nehring urged the XXIV Panzer Corps to launch a counter-attack against the Russian 6th Guards Mechanized Corps and the riflemen of the 13th Army. - - - -Victory Conditions: To win, the German player must exit > 15 CVP from the north edge of the board, east of hex row R inclusive, which must include > 5 CVP of Good Order Infantry (A.7).
Attacker: Russian (Reinforced elements of 6th Guards Mechanized Corps & 10th Guards Tank Corps)
Defender: German (Elements of 17th Panzer Division & sPzAbt.424) 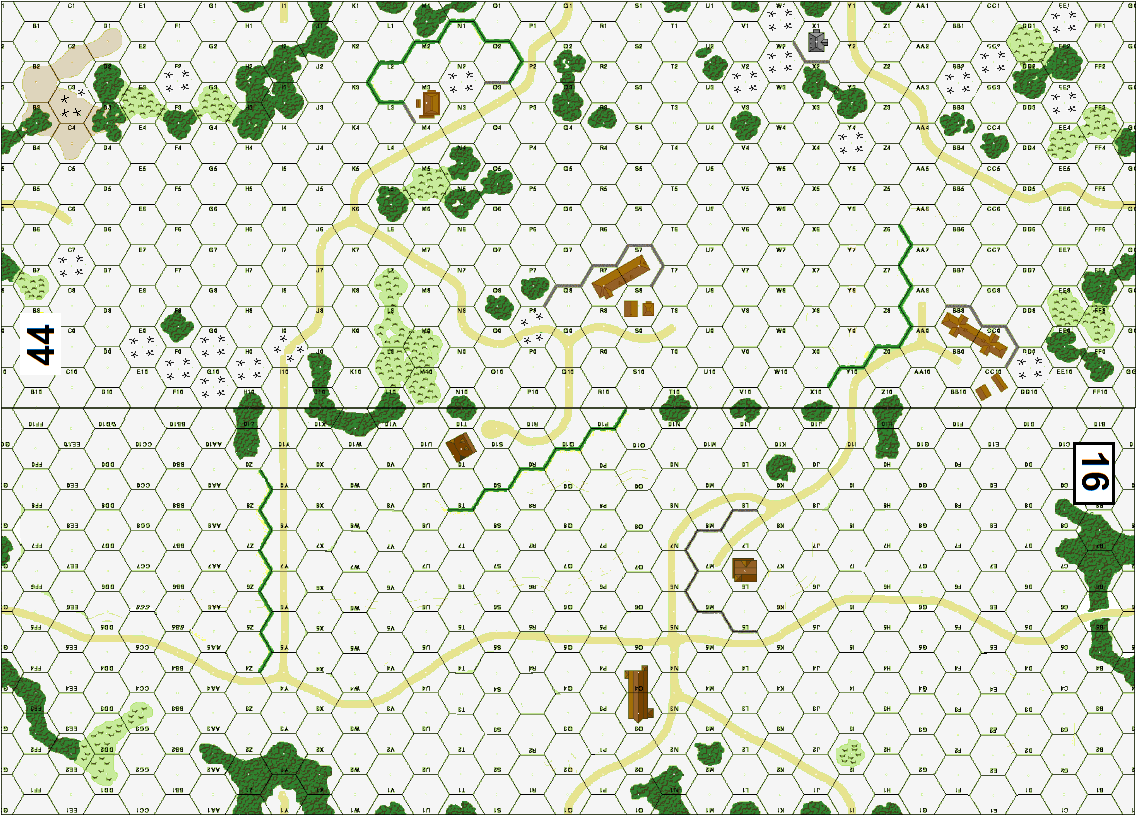 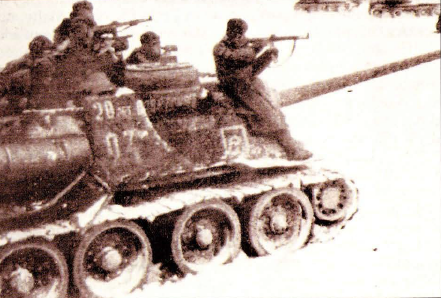