The Russian 62nd Army was desperately trying to keep the German 71st Division from breaking through to the main ferry landing. All General Chuikov had to accomplish this were two lightly armed regiments and militia of Sarayev’s 10th NKVD Division, along with the battered remains of the composite regiment and Major Khopka’s tank brigade. When Major Khopka reported late in the day that he only had one immobile tank and 100 men armed with tommy-guns and pistols left to defend the rail crossing, Chuikov ordered him to “hold the crossing until units of the 13th Guards Division arrive. If not. . .”. Understanding well what Chuikov meant, Major Khopka gathered his men around the tank and prepared to defend to the death.
Attacker: German (StuG Abteilung 244 / Infanterie Regiment 191, Infanterie Division 71)
Defender: Russian (6th Tank Brigade / 399th (Composite) Regiment / 10th NKVD Division) 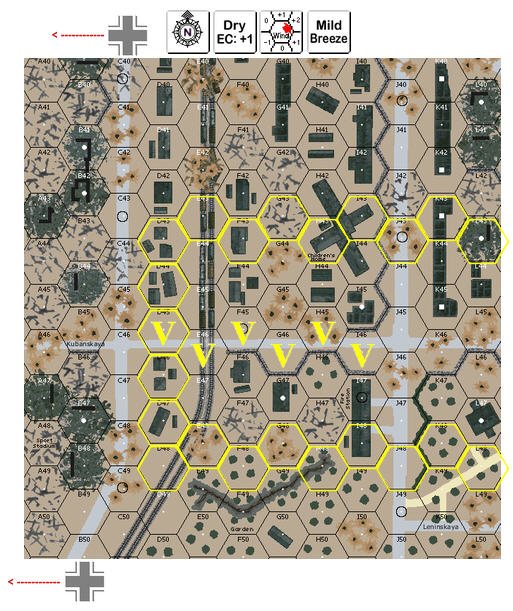 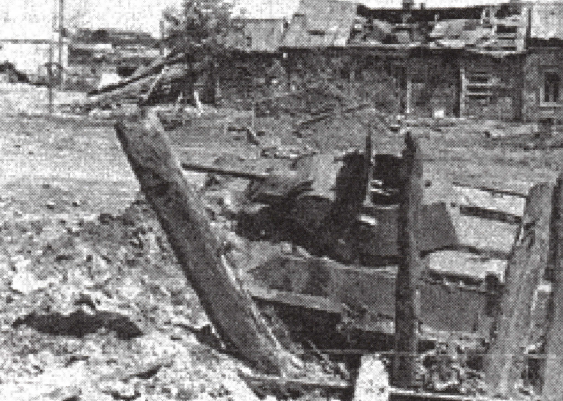