On June 12th, to expand the Omaha Beach foothold, the 18th and 26th Infantry Regiments of the “Big Red One” launched a morning attack in the direction of Caumont. Initial progress was swift and the village of Sallen, 3km north of the objective, fell easily. But as dusk approached and the Americans tried to enter Caumont itself, they were hit by a counterattack comprised of infantry and assault guns from Panzerdivision 2. The battle raged in the fading light as the Germans pushed the Americans out of all but one small corner of the town. Early the next morning, having been reinforced with Shermans from the 743rd Tank Battalion, the 26th Infantry tried again.
Attacker: American (2nd Battalion, 26th Infantry Regiment, 1st Infantry Division / 743rd Tank Battalion)
Defender: German (Panzergrenadier-Regiment 304 / Panzerjäger Bataillon 38, Panzerdivision 2) 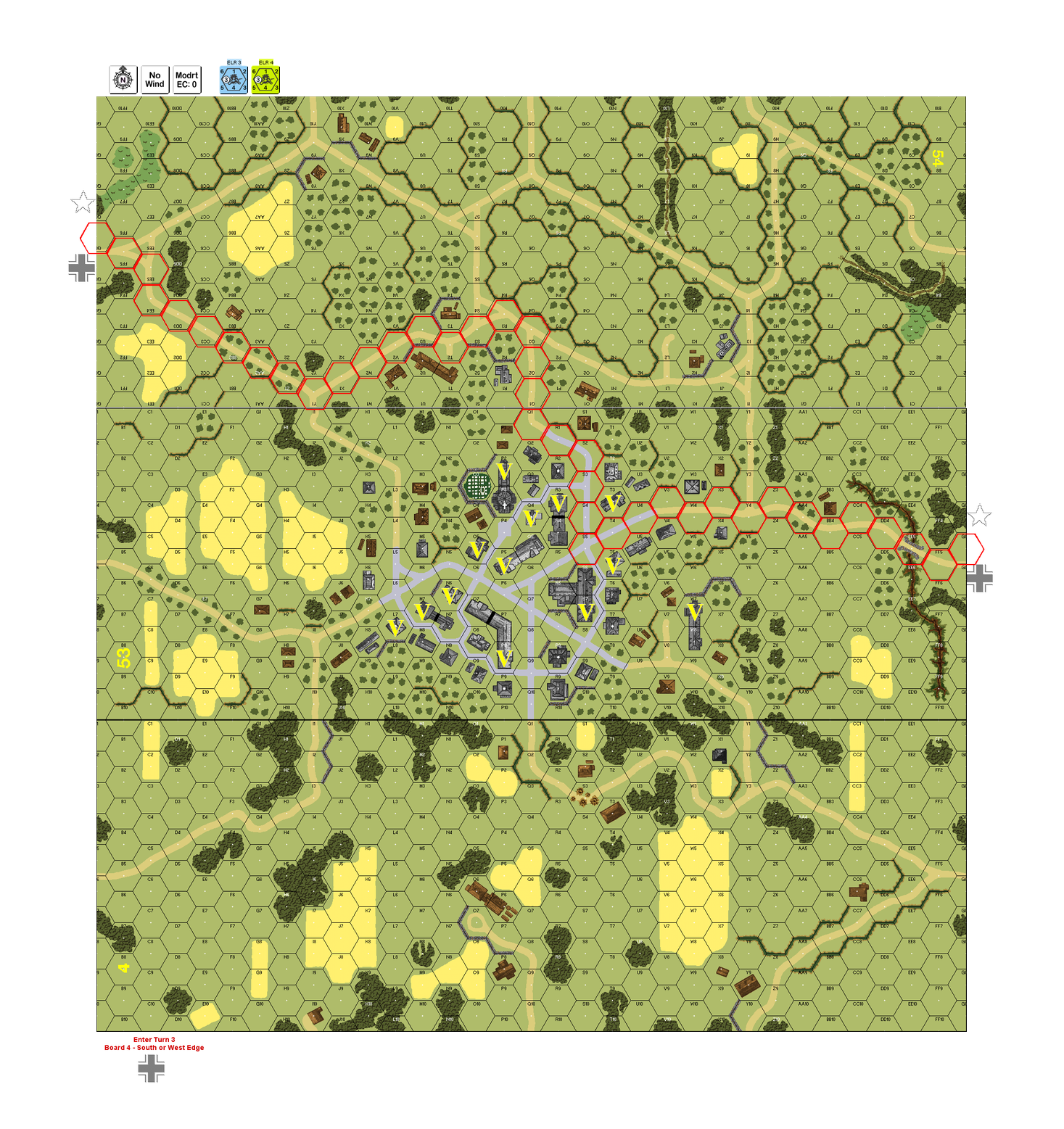 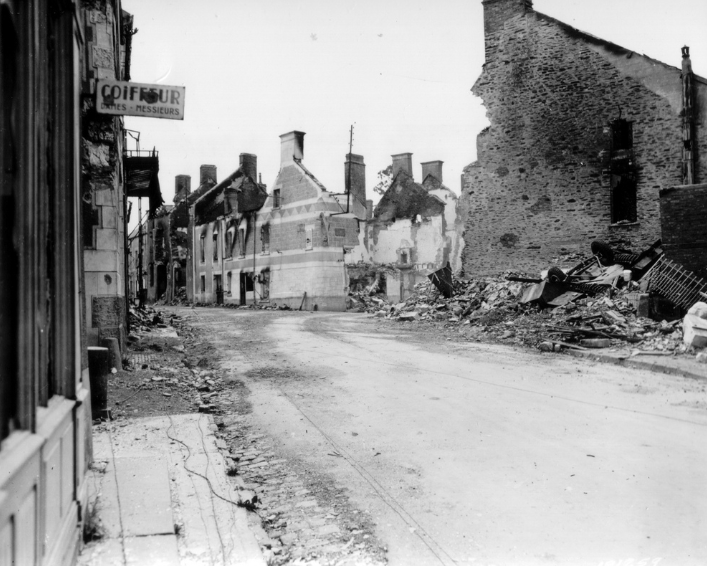